You are here: Home / Online Business / Earn from Ads / How to Sell Advertising on Your Web Site
Share via

Earning through advertising is one of the most profitable business models on the Web. From giant media companies such as the New York Times and CNN to the smallest blogs and web sites on the Web, all information-driven sites are looking to get a share of the huge Internet advertising pie. 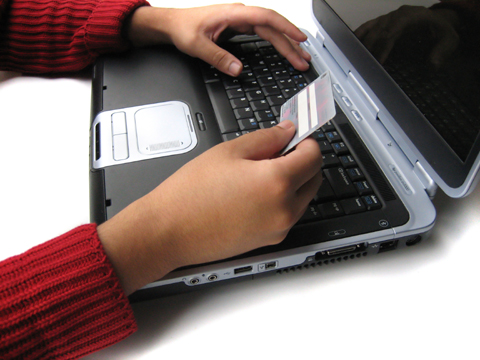 There are two ways to earn via advertising:

With a third party advertising company such as the contextual advertising network Google Adsense or banner advertising network such as Burst Media, the hard task of selling the ads for your space is already done for you. The downside, however, is that you get to keep only a certain percentage of the revenues and you have less control as to what types of ads are shown in your site.

If you sell the ads yourself, you get 100% of revenues and you can select which types of ads you want shown on your website. The task, however, is not simple, as you need to find these advertisers yourself. The key question you will be faced is how much you should charge for the ads. It is important to note that traffic is not the only consideration in setting the price.

When you sell advertising on your website, there are different factors to consider when setting a price for the ads:

How big is the site’s traffic?

A site that attracts millions of users a month can charge higher rates than a site that attracts only hundreds of users per month. Advertisers want to know that they will get something in return of their ad spend on your website, and the size of the traffic is an important indicator.

Be prepared to share your web statistics with prospective advertisers. Otherwise, they will go to third party traffic trackers such as Alexa.com, Quantcast.com or Compete.com to get some indication of your site’s traffic. Be careful though, as some advertisers (especially inexperienced ones) take to heart the numbers they see on these sites — even if you know for a fact that the numbers are different from what your traffic software shows you.

How established is the brand name of the site?

A web site with an established brand name in its field can charge way more than a no-name site that has never been mentioned in the press or media. Is your site considered an authority? Do you get a lot of social media mentions and signals?

How desirable is the site’s target market?

A site that attracts venture capitalists and CEOs can charge significantly higher than a site attracting teenagers, even though its traffic may only be less than 10% of what the teenager site reaches. The higher the income and spending potential of your audience, the higher the price of ads you can charge.

What is the ad payment going to be?

Is it CPM or cost per impression where the advertiser pays for every 1,000 times the ad is viewed? Or will you charge a flat rate, whether on monthly or annual basis for long term sponsorships? Or are you going to charge CPC or cost per click where you get paid every time the ad is clicked on? Whatever the modality, it is important to have a reliable ad serving system that can help track the impressions and clicks that you can control and the client can access.

Where is the ad going to be placed?

An ad above the fold can charge a higher price than an ad below the fold where it is not going to be readily visible to audiences.

Some advertisers prefer to show ads only on specific pages of your site. Instead of run-of-network, for example, the advertiser may require that the ads be placed only in one category. Be sure to use an ad server capable of showing the ads only on select pages.

What is the ad format that is going to be used?

You can charge a higher rate with a leaderboard or large rectangle compared to a 125×125 button. You can also charge more for the more intrusive ads such as above-page or between-pages layer ad units, including popups and popunders, EyeBlaster, floating ad units, among others. Determine what ad formats you want to run in your site and then set the price for each of the ad format you will use.

How extensive is the coverage of the ad on the site?

An ad that will be placed in all of the ad formats of the site — e.g. it will be the only ad shown in the banner, rectangle, skyscraper, text ad — can be charged higher than an ad that will utilize only 1 ad format.

What are your competitors charging?

You do not want to price yourself out of the competition. If the biggest site in your industry is charging only $25 per CPM (for example), you need to have a solid justification as to why you will charge $100 per CPM. Specify to the advertisers the value that you will provide that they will not get from your competitors.

What special targeting options can you offer?

Depending on your ad server, you can offer a number of different targeting and customization options for your advertisers. You can charge a higher price if you are able to target only visitors from the United States. Some can even be more granular and specific and allows targeting by states. There are also a number of options you can offer your advertiser — including capping the number of impressions served per visitor, delivering ads only on weekdays, serving the ads only if they arrived to your site from a specific traffic source, among others.

These are but some of the variables to consider when setting the price of the ads. There are also a number of intangibles such as the look and feel of the site, recent press mentions or awards, and a number of other things. Experiment the price that you offer — and look

Recommended Books on How to Sell Advertising:

Nach Maravilla is the President and CEO of PowerHomeBiz.com LLC. He has over thirty years experience in sales and marketing of various products, which covered as he jokingly describes, “from toothpicks to airplanes” He also had extensive experience in International trading and he always excelled in special promotional ideas for retail outlets.

The coronavirus or COVID-19 pandemic has adversely affected the lives of many in ways we’ve never expected. Here are some articles to help your small business survive these trying times, and the possible recession that may follow, … END_OF_DOCUMENT_TOKEN_TO_BE_REPLACED

Have you ever dreamed of starting your own small or home business, but don't know what business to start? There are many types of businesses that you can do from your own … END_OF_DOCUMENT_TOKEN_TO_BE_REPLACED