You are here: Home / Leadership / Book Reviews / Book: A Million Is Not Enough – Why Boomers Are Reinventing How Retirement Will Be Funded
Share via

Below is an excerpt of Chapter 1 of the book A Million Is Not Enough: How to Retire with the Money You’ll Need

by Michael K. Farr and Gary Brozek. Reprinted with permission from the publisher. 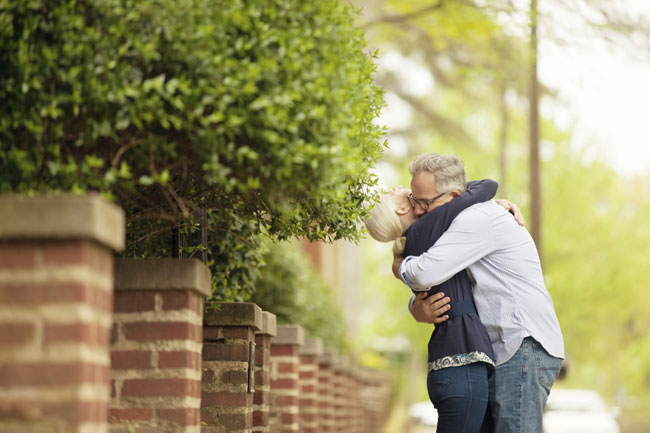 CHAPTER 1
“This Is Not Our Parents’ Retirement ”

Jason Lee thought he had his life and his future figured out. He worked as a research assistant at the Library of Congress. He loved his work, pursued a passionate interest in World War I aviation history, spent his off days at the Air and Space Museum, and planned vacations to visit various collections of vintage aircraft, private and public, around the world. He had a lot of friends who shared his interest, but at age forty-five considered himself a confirmed bachelor. He didn’t spend lavishly, but he indulged his hobby without restraint. Why not? He figured: He was going to support himself for the rest of his life. Love intervened. On a visit to the Old Rhinebeck Aerodrome in upstate New York, he met a woman whose father was a collector and piloted one of the vintage aircraft that flew in the show. Six months later, they were married.

Jason gave up his job at the Library of Congress, moved to Rhinebeck, and secured a job as a librarian at the local high school. His wife, Alicia, was a widow who had received a $100,000 insurance settlement on her first husband’s passing five years earlier. She’d invested wisely but, since receiving the money, had only worked part time at the aerodrome’s museum in the summer and doing freelance aircraft restoration consulting the rest of the time. Exclusive of returns on her investments, she’d earned an average of a little more than $24,000 per year for the previous five years. She was fairly frugal, traveled to and from her home on a bicycle most days, and kept a 1992 Toyota Corolla around for emergencies and winter days when she couldn’t ride. Her husband had been a non-union carpenter, but had been good about putting a modest amount in his IRA plan for each of the fifteen years he was married to Alicia. In total, he’d put away $45,000. Alicia still owed $97,000 on the remaining eighteen years of the thirty-year fixed mortgage they’d taken. Of that original $100,000 nest egg, she had $48,000 in her investment portfolio and $16,000 in savings.

Since Jason had always figured that he’d only be supporting himself for his entire life, he hadn’t been very good about contributing toward his retirement. He’d designated a modest 5 percent of his income to his 401(k) plan at the LOC, and when he left, he rolled over just shy of $30,000 into an IRA plan. He had no other savings, had rented an apartment in the Georgetown area, used mass transit exclusively, and, other than his extensive library and home computers, had few other assets. His starting salary at the high school was $32,000, and based on the terms of the current contract between the certified staff and the school district, the most he could hope to earn with his master’s degree was $48,000.

Jason’s father, Adam, was one of my clients, and once his son got married, he made sure that Jason and Alicia came to see me. I knew that Adam Lee had told all his kids that when they turned sixty, they would each receive an incremental gift (to avoid tax penalties) from each of their parents equal to the amount of money that they had in their various retirement accounts. The remainder of his parents’ money would go toward various charitable organizations. Adam wanted his kids to learn some valuable lessons about saving, and though his plan may on some levels sound harsh, if his kids saved, they’d be amply rewarded. Jason had no problem with the arrangement his father had made; he simply had chosen not to take full advantage of it.

When I first met the newlyweds, I asked them what their financial and personal lifestyle goals were. They told me that they wanted to begin a family as soon as possible. Jason had attended the University of Virginia, paying out-of-state tuition, so he knew the high costs of a college education. They frankly admitted they were scared about the future and their retirement. Jason had never thought much about it because he figured he’d be okay living solo; Alicia and her first husband had only begun to think about it when he was diagnosed with cancer and their financial priorities radically shifted.

Alicia’s parents were struggling with their own retirement issues and weren’t likely to be able to leave much for their two children. Because of the arrangement the elder Lee had created, Jason and Alicia knew that they wouldn’t starve, but Jason was determined to provide his kids with the kind of educational opportunities that his father had—along with ensuring that they would be debt-free upon graduation.

Fortunately, given the combination of Jason’s father’s future gift, their own modest savings, and a history of frugality, we were able to put together a plan that would make certain that the Lees’ future children would have their educations paid for and the couple would be able to fund a secure retirement—even though they would be enrolling their children in college at an age when most of their Tail End Boomer peers were either within a few years of retirement or would have already retired. While the Lees’ situation may differ in its particulars, it shares many similarities with those of others of their age group. And the lesson is clear: If you don’t plan early, you can still plan smartly. I’ll talk more about the particulars of their plan in later chapters.

Today the largest generation to ever move toward retirement takes another step in that direction. In the time required to read this sentence, another Boomer turns fifty. That’s right: Every seven seconds of every day, another Boomer reaches that milestone. Because our rate of progression into this age group is unprecedented, and because we Boomers possess unique personality traits and a conflicted relationship with our money, we face unique challenges and opportunities as we plan for our financial future. We’re going to examine some of these complicating personal factors in the pages that follow. Before we do that, I need to make clear some points about how I use the term Baby Boomers.

Throughout this book, I’m going to use three ages to represent the broad spectrum of Boomers.

While all of these groups share common traits, the major difference in their retirement-planning scenarios is time. Though it is obvious, it needs to be stated: The more time you have before you retire, and the sooner you begin to put money away for that eventuality, the better off you are. Also note that the advice and recommendations covered in this book are applicable to the generations that follow the Boomers as well.

The coronavirus or COVID-19 pandemic has adversely affected the lives of many in ways we’ve never expected. Here are some articles to help your small business survive these trying times, and the possible recession that may follow, … END_OF_DOCUMENT_TOKEN_TO_BE_REPLACED

Have you ever dreamed of starting your own small or home business, but don't know what business to start? There are many types of businesses that you can do from your own … END_OF_DOCUMENT_TOKEN_TO_BE_REPLACED