You are here: Home / Managing & Growing / Technology and Business / How Popular are VoIP Systems with Startups?
Share via 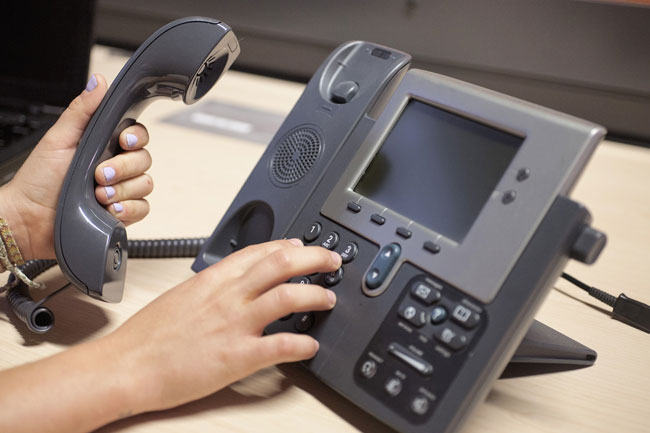 In business, communication is critical, whether it is with customers or suppliers, and a start-up business needs to know that its communication systems will work effectively and for the lowest cost possible. If you are starting up a business, the good news is that VoIP technology can offer you the type of telecoms system to meet your needs, with a cost base to suit the financing you have available to you.

If you are unsure what VoIP, or Voice over Internet Protocol is, then the easiest definition is that it is a way of using the Internet, rather than traditional landline systems, to make phone calls. There are apps – Skype being one of the better known – that enable users to make calls through their computers, but for a majority of small businesses the system of choice is one that integrates IP phones with the Internet, using Ethernet cables.

If you are running a start-up business, then anything that saves you money is a bonus. The cost savings of
HOSTED VoIP are considerable, owing in no small part to the fact that they are Internet based. This means that hardware costs are minimized. Apart from routers, Ethernet cables and the phones themselves, you will generally not have to make any other investment to get started with a VoIP system. Some service providers even offer the phones for minimal cost.

Benefits of VOIP to Startups

When it comes to growing your start-up business, VoIP systems have many benefits in that regard. As calls between in-company phones are conducted on a network rather than on a public phone line, extending a VoIP system to newly-opened offices or even to telecommuters, if you choose that model of staffing, is more cost-effective than a traditional telecom system running on public phone lines. In addition, VoIP technology has started to evolve to include mobile apps, allowing staff to make and receive calls on their smartphones, using existing phone numbers assigned to the company.

For start-ups, flexibility can be critical, and VoIP systems enable that. Introducing a new extension is straightforward and in some cases consists only of connecting a VoIP-enabled phone to the network, reconfiguring some software settings in the cloud and on the device itself, and you are up and running. A service provider will typically be able to do those adjustments for minimal cost or even free of charge. Flexibility for a start-up also extends to getting things operational quickly, and VoIP systems can deliver on that front. Installation times for a hosted VoIP can be around three days. In the case of an IP-PBX system, with additional video, audio, and instant messaging capabilities, a straightforward install for a start-up could be achieved in around five working days.

When it comes to those individuals who have helped drive the growth of VoIP, a name that stands out is Don Burns. Innovation has been the key to developing VoIP and Burns has brought that sense of innovation to his work in the industry. As founding president of Telco Communications Group, Inc., he was behind a pioneering billing process to help cut the cost of long-distance phone calls at a time when AT&T had a virtual monopoly in that particular segment of the telecoms market. As chairman of the board for magicJack, Burns has played a key role in the development of a VoIP company that has sold in excess of ten million devices and has seen its software downloaded onto millions of devices. For a start-up business, someone like Burns serves as a great example of innovation and risk-taking.

VoIP adoption depends, of course, on having a good Internet connection, and for some start-up businesses, this can be a challenge, owing to the unavailability of good broadband. Nonetheless, as broadband becomes more available, even in more remote locations, VoIP is one technology that is going to continue to thrive. Analysts are even predicting that in the course of the next decade, VoIP will surpass traditional phone services to become the dominant telecoms system. If you look at the statistics available, you will see that the growth of VoIP systems has already reached critical mass. Research conducted by InStat, a market research company based in Santa Clara, California, found that almost 79 percent of businesses based in the US were using VoIP phones at one location, compared to a figure of 42 percent in 2009. That represents steady growth for any industry.

Start-up businesses appreciate anything that gives them a potential advantage over the competition, allows easy communication with customers, and helps cut down on costs. It should come as no surprise that VoIP systems are proving popular with the start-up sector.

Article Name
How Popular are VoIP Systems with Startups?
Description
If you are starting up a business, the good news is that VoIP technology can offer you the type of telecoms system to meet your needs, with a cost base to suit the financing you have available to you.