You are here: Home / Leadership / Personal Development / How to Overcome Fear and Heed Your Confidence Voice
Share via

You know fear can be powerful, controlling, limiting, and immobilizing. But did you know that when you accept your fear and tune in to your confidence voice, you can regain control and reap immeasurable rewards?

How do we keep fear from controlling us? Trust me: I didn’t develop skill in this field solely by earning a skydiving World Record or jumping out of a jet over the North Pole–but it helped. Let’s start with some background, then weave in a couple adventure stories that illustrate how to face fear and heed your confidence voice.

We know fear is going to be there, and that it will be intensely powerful. It can control us, limit us, and make our decision for us. If we don’t deal with it effectively, it can immobilize us.

How to Respond to Fear

There are two responses to fear: constructive and destructive.

The destructive response goes something like this: We’re confronted with a situation that clearly and appropriately justifies fear, but instead we respond with, “I’m not afraid.” That doesn’t bother me.” Another sign we’ve invoked the destructive response is that we put a barrier between the fear source and us. We waste precious time and energy shielding ourselves from the fear source. We could instead put this energy toward seeking solutions and resolutions to the problem if we could only acknowledge that we are experiencing fear.

The constructive response to fear requires a simple, but often difficult, step. And the step is difficult for a perfectly legitimate reason, because it attacks something that is important to all of us our pride.

The constructive response to fear requires us to admit we’re afraid. When we admit that we’re afraid, even if only to ourselves, when we accept our fear, something very powerful happens. We regain control. We’re back making decisions for ourselves. The fear doesn’t disappear, but its power over us wanes. 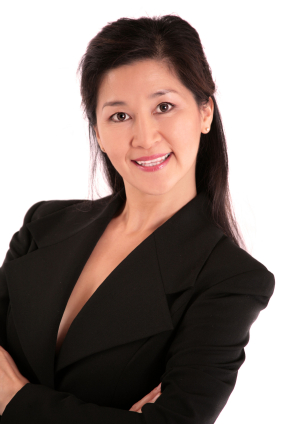 Early in the space program, the National Aeronautics and Space Administration did a study. They had observed that a certain number of their pilots and astronauts were completing their missions successfully without suffering motion and stress sickness. Another group was consistently having the problem.

Based on empirical research, NASA found that there was one factor, and one factor alone, that made the difference between the two groups. The ones who were going through the mission without a physical problem were the ones who had acknowledged in advance that they were going to be afraid. They had a constructive response to fear. For all of us, but particularly for people who are achievement oriented, the idea of a feeling like fear exerting so much control over them can be hard to accept. The thought that a mere emotion–something that did not spring from their imposing intellect or determined will–could have a significant impact on them is extremely bothersome.

Related Article: How to Develop a Success Mindset from the Inside Out

How to Identify Fear

To get comfortable with the fact that fear doesn’t necessarily make sense, yet has tremendous power over us, can be one of the most consequential events of our lives.

The process of identifying fear starts with a “feelings inventory.” To get started, sit where there are no distractions. Answer honestly: Are you angry, happy, sad, or afraid? You may feel more than one of the emotions, or all of them. Identify the source of each of these feelings-the real source. This may sound simplistic, but if you do it with commitment, you will quickly grasp the value.

To understand more completely how a feelings inventory can help you understand the interplay between emotions, think of a spacecraft in the weightless environment of space. It has retro-rockets that propel the spacecraft when they fire. They are there to enable the spacecraft to maneuver in all directions. Feelings send us off in various directions just like the retrorockets. When they fire, we start to travel in a certain direction.

When we identify the feeling and its source, we have the opportunity to counter its effect if we choose. That’s why it is so critical that we understand what’s occurring. It may be that we don’t want to counter the effect–that’s okay, too. The difference is that now we’re pilots who know what’s taking place as opposed to pilots with rockets firing at random and no idea where we’re headed. A feelings inventory is our control panel. Sometimes our retro-rockets may fire in a direction that’s good. It helps to know that, too.

Infants have few fears. During the early days of life, we tune in to our confidence voice like a radio picking up a strong signal. We don’t even need a vocabulary! The message is perfectly clear: Do it. Touch it. Put it in my mouth. Taste it. Twist it. Throw it on the ground. Never again will our confidence voice play such an undiluted role in our actions–fortunately. If we didn’t “catch” certain fears from our society, we would likely die young.

Unfortunately, once those fears do come into our lives, we usually take on more than we need. We find we become more adept at hearing our fear voice than tuning in our fainter confidence voice.

Related Article: Search for Desire in the Pursuit of Business Success

I was confronted with my fear voice when I had the chance to skydive to the North Pole. After three hours in the air, the Russian jet transport I was aboard had finally arrived over the polar cap. Along with my fellow team members, I approached the exit ramp. Within two steps of the edge, I realized I had a significant gear problem: I had forgotten to tighten my leg straps. If I went into free fall with my leg straps loose, on opening, my harness would shift upward. My chest strap would shift across my face, likely knocking off my goggles. In that frigid Arctic air, with a single tear and a blink of my eyes, my eyelashes could freeze together. Should that occur in both eyes, I could no longer tell if I was heading for ice or water. I wouldn’t be able to tell when I was getting near the surface so I could make a safe landing. The worst case would be that my chest strap would shift above my head, no longer holding me in my harness. I would pitch forward and continue in free fall for what would become my final skydive.

I was faced with a very difficult decision and only a few moments in which to make it. I had to decide between going back into the aircraft and giving myself a more thorough gear check or leaving the plane with my team. My team was my survival mechanism.

Due to the speed of the aircraft, my only hope of landing with my team would be by exiting with my team. I tightened my leg straps, knowing there could be as many as half a dozen other important elements of preparation I could have neglected in the excitement of the moment and the bulk of the unusual gear. As I looked out that door and tried to make my decision, I heard from my fear voice and it said, “Jim get back in the plane! You’re about to kill yourself.”

Fortunately, my confidence voice was there, too. It had a deliberate, but quieter, tone: “Jim, you’re well trained. You’re well prepared and you don’t want to miss this opportunity. If you leave the aircraft now, you’ll have the experience of a lifetime!” I had to listen to those two voices and decide if I was ready to take the next step.

I did, and the rewards have been immeasurable. I found my true calling: as a result of that experience, I’ve been able to become a full-time professional speaker and help people understand how taking risks stepping outside their comfort zone-can lead to higher performance on the job and greater personal satisfaction. Immeasurable rewards await you, too, if you’re willing to take some thoughtful and constructive risks!

Related Article: Self-Confidence is the Key to Personal and Professional Success


Recommended Books on How to Overcome Fear:

Jim McCormick is is an adventurer, professional speaker and leading authority on risk-taking. Among the experiences that serve as a backdrop for Jim’s presentations is earning a skydiving World Record and skydiving to the North Pole. Jim has a website at http://www.TakeRisks.com

The coronavirus or COVID-19 pandemic has adversely affected the lives of many in ways we’ve never expected. Here are some articles to help your small business survive these trying times, and the possible recession that may follow, … END_OF_DOCUMENT_TOKEN_TO_BE_REPLACED

Have you ever dreamed of starting your own small or home business, but don't know what business to start? There are many types of businesses that you can do from your own … END_OF_DOCUMENT_TOKEN_TO_BE_REPLACED