You are here: Home / Work at Home / Running a Home Business / Does Owning a Business Mean Longer Working Hours?
Share via

For most entrepreneurs, owning a small business means longer working hours than everybody else. The average small-business owner works 52 hours a week, according to a study by New York marketing firm Willard & Shullman. Meanwhile, May figures from the U.S. Bureau of Labor Statistics indicate that the average American production employee puts in 33.8 hours. 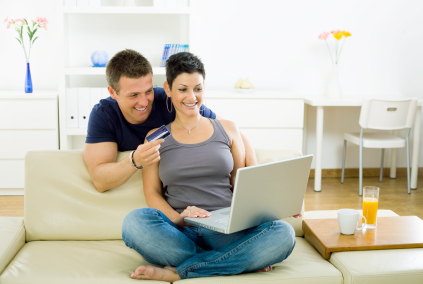 Behind the averages is another story. Seventeen percent of the business owners in the Willard & Shullman study reported working fewer than 39 hours a week. That’s close to the employees’ average, and some entrepreneurs say they work quite a lot fewer than 39 hours.

“I’m currently working about 12 to 15 days a month, although it’s generally spread out so that it’s simply fewer hours per day rather than lots of days of no work,” says Kirsten Alexander, who started a one-person marketing-consulting firm in her Boston home in January 2001. That translates to roughly 22 to 28 hours a week. Ms. Alexander says her typical workday lasts five hours.

That compares to days averaging 10 hours each for the last several years, including in her most recent position as director of marketing for a larger company. “Not having a commute frees up between five to seven hours a week, too,” adds Ms. Alexander.

In all, Ms. Alexander calculates that she labors 40% as much as she used to. In return, she gets about 65% of her former six-figure salary. She says the free time is well worth it.

Ms. Alexander reels off a list of activities including exercising, volunteering, teaching, community activism, housekeeping, gardening, spending time with her husband and planning for a child, all of which she has been able to indulge in since becoming an entrepreneur. “I have used those extra hours to dramatically improve my life,” she says.

Entrepreneurs who work fewer hours than the average employee tend to have low overhead costs, are in fields where their knowledge is highly valued, or both, says Andrew Zacharakis, professor of entrepreneurship at Babson College in Babson Park, Mass. “They are usually home-based businesses or consulting businesses,” he says. “If you want to start a more traditional venture, such as a retail store, the idea that you will work fewer hours is probably a myth.”

Even home-based consultants aren’t guaranteed more time off just because they control the scheduling, Mr. Zacharakis adds. “You start lining up clients and having some success, and you don’t want to turn down clients, because there’s a fear in the back of your mind that they won’t be coming back in the future.”

Mr. Zacharakis also questions whether lifestyle entrepreneurs are actually working the number of hours they report. “You may not be in the office as much, but you’ll be working at home,” he says. “You’ll always be thinking about it, and you’ll be squeezing in time at the computer on weekends.”

Those aren’t the only catches, according to entrepreneurs who have broken the code on owning a successful business while working barely part-time hours. Some cite the lack of paid vacations. Others say the burden of marketing a product or service in addition to providing it occupies more time than they expected. The early start-up phase is one in which many say they worked as hard or harder than they did as employees.

“The first three or four months were quite intense,” says Tom Bay, a Corona Del Mar, Calif., motivational speaker who knows intensity. In his former job giving seminars for a time-management company, he frequently worked 80-hour weeks, he says. But after a rush of activity getting his portfolio together and performing other marketing activities, things have settled down to about 25 hours a week, he says.

After five years as president of Tom Bay Speaks Up Inc., he also enjoys his work more. “The job I have is not a job,” Mr. Bay says. “I tell people I get up and go to fun.”

Like employees, lifestyle entrepreneurs expect their work to generate money. Unfortunately, many say the lifestyle benefits of part-time business ownership are offset by significantly lower earnings. Karen Oeser’s 20- to 25-hour workweek as owner of a Boston investor-relations-consulting firm is around a third of what she’d logged doing the same kind of work as an employee of a larger company. Since starting KFO Associates in April 2001, however, she’s earned about 25% less than her previous salary provided.

“I am making less money than I was making in my prior position,” she says. “But the hours and the control offset that for me.” When the birth of her first child approached last fall, Ms. Oeser lined up a couple of contract workers to help out. After the baby was born in January, she hired an in-home childcare worker for 20 hours a week. Now she enjoys being able to drop down from her office on the third-floor of the family’s home to spend time with her baby. “This is perfect,” she says. “I can work during the day but still go down to have lunch with my son.”

The concept of starting a business for lifestyle reasons “absolutely” worked, Ms. Oeser says. “This has completely lived up to what I thought it would be. It’s a little harder, but the lifestyle benefits far exceed any difficult part.”

The coronavirus or COVID-19 pandemic has adversely affected the lives of many in ways we’ve never expected. Here are some articles to help your small business survive these trying times, and the possible recession that may follow, … END_OF_DOCUMENT_TOKEN_TO_BE_REPLACED

Have you ever dreamed of starting your own small or home business, but don't know what business to start? There are many types of businesses that you can do from your own … END_OF_DOCUMENT_TOKEN_TO_BE_REPLACED