You are here: Home / Starting a Business / Entrepreneurship / Some Business Owners Seek a Healthier Lifestyle
Share via

Pamala Dean suffered from an undiagnosed thyroid disorder for years while working as a psychotherapist in Florida’s Tampa Bay area. Her struggles with Graves’ disease, which affects sufferers’ emotional and mental as well as physical well-being, had led her to rekindle a career as an artist even as her interest in practicing psychotherapy waned. 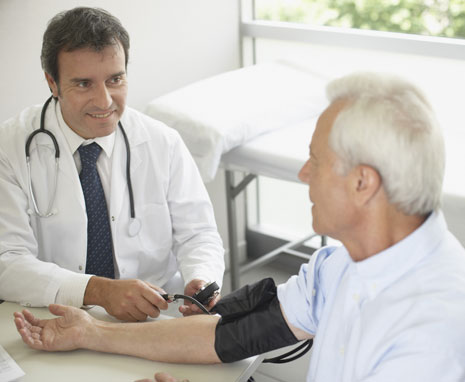 “The art kind of took off for me,” Ms. Dean says. Her sculptures and other art won local awards and, when worsening health dictated a move from a humid, urban environment, she took off for Taos, N.M. With an artist partner, she purchased a five-bedroom home there and converted it into Taos Art Retreat, offering gallery, studio and lodging space for other artists.

“It’s worked out well,” Ms. Dean says of her health-motivated plunge into business ownership. Since opening the retreat in June 2001, the business has suffered from the post-9/11 travel slump and the Southwestern forest fires that turned Taos skies hazy for weeks. But physically, mentally and emotionally, it’s been “a total and refreshing change,” she says.

Starting a business is a viable and popular change option for people whose health makes them unable to work as an employee or uninterested in doing so, says Alice Doyel, author of “No More Job Interviews: Self-Employment Strategies for People With Disabilities” (Training Resource Network, 2002). In fact, disabled people are more likely to be entrepreneurs than the able-bodied, she says, citing Census Bureau figures showing 11% of people with disabilities are self-employed, compared to 8% of the general population.

Mrs. Doyel started a one-person computer-consulting business out of her Denver home in 1984, after a viral infection left her with symptoms that made it difficult for her to walk or drive a car. “I was no longer employable,” she says. “When you’re not employable and you want to work and have time to think about it, sometimes you come up with a good idea for a business.” She has come up with several ideas since then, including a human-resources consulting business she ran with her late husband, and an operations-consulting firm she’s just now getting off the ground.

Starting a business is harder for disabled entrepreneurs than for others for a couple of reasons, however. First, physical or other limitations may make it harder to fulfill all the typically numerous and broad duties of a business owner. Barbara Simard, for instance, hires people to do almost everything but marketing and administration tasks at Shrew’s House, the Ashland, Ore., bed and breakfast she purchased after a brain aneurysm seven years ago forced her to leave her vice president job with a major company in San Francisco. Swollen payrolls, though, can make it tough to turn a profit. “I would [do better financially] if I didn’t have to pay all these people to make beds,” Ms. Simard says. “I’m doing fine if you deduct all the labor costs.”

Another financial stumbling block for health-motivated entrepreneurs is lack of capital. Unemployment is much higher among disabled people, approaching 80% for people with long-term psychiatric disorders, says Mrs. Doyel. Lacking jobs, they often lack savings or assets such as homes they can borrow against. Ms. Simard was able to start her business with a cash settlement in a malpractice lawsuit related to her injury, but she is unusual among the disabled.

Unhealthy entrepreneurs may, on the other hand, have disability insurance, Social Security disability payments or other income related to their health condition upon which they can rely. Ms. Simard is in that category. “My income is fine,” she says. “I don’t have to pinch pennies like most people. [My business is] purely to keep myself alive.”

For a seriously ill person, just changing the scene can improve matters. Ms. Dean said it has been hard to adjust to the broad range of duties required by the owner of a rural art retreat. “We didn’t have to stack wood in Florida,” she notes. “And we know more about maintenance than we knew before.” But while the level of stress may not have been reduced by starting a business, she says it is now in a more positive, manageable form.

For the biggest payoff, ailing entrepreneurs may expect to actually improve their health by owning a business. Ms. Simard credits owning a business to her relatively good mental and emotional health following the aneurysm, which she says left her partially paralyzed with difficulties both walking and speaking. “I’m a lot better,” she says. “It keeps me alert. I’m afraid I would have turned into a vegetable had I not been required to get up every morning.”

The coronavirus or COVID-19 pandemic has adversely affected the lives of many in ways we’ve never expected. Here are some articles to help your small business survive these trying times, and the possible recession that may follow, … END_OF_DOCUMENT_TOKEN_TO_BE_REPLACED

Have you ever dreamed of starting your own small or home business, but don't know what business to start? There are many types of businesses that you can do from your own … END_OF_DOCUMENT_TOKEN_TO_BE_REPLACED