You are here: Home / Starting a Business / Open a Business / Choosing the Right Location for Your Business
Share via

Mary Skaggs spent 12 years commuting to a downtown-Atlanta law firm to work as a paralegal, where she earned a $60,000 salary. “For a woman with only a high-school education, I was at the top of my game,” she says. But something was missing. “We started realizing we were only happy when we were out of town on vacation,” says Mrs. Skaggs. She and her husband moved to Bradenton, Fla., a small community near the Gulf of Mexico. There, earning a living turned out to be the problem. She lost two jobs when employers went belly-up and was faced with having to return to Atlanta. 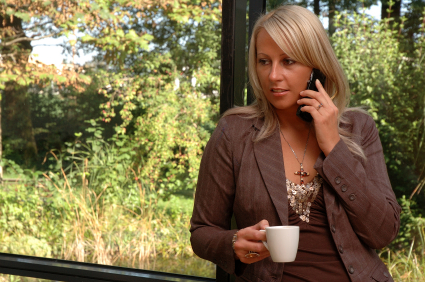 Then a family friend, impressed with the way Mrs. Skaggs had decorated her home, asked for help with a redecorating project and offered to pay. “I made $2,000 for a week’s work and I said, ‘OK, this is what I’m going to do,'” she says. Now her company, Alexander Christian Interiors, is on track to earn her $100,000 this year, more than a paralegal position was likely to ever pay.

But the main benefit of her entrepreneurial venture, Mrs. Skaggs says, is the chance to be where she wants to be instead of where a job would require her to live. “We wanted to stay; we liked the lifestyle down here,” she says. “We felt like starting a business would meet those needs for us.”

Location, it turns out, is one of the major concerns of people starting businesses. “The vast majority of entrepreneurs, particularly lifestyle entrepreneurs, form a company out of this drive to control their lives,” says Tom Ehrenfeld, a Cambridge, Mass., business journalist and author of “The Startup Garden: How Growing a Business Grows You” (McGraw-Hill, 2002). “Being in one place is a subset of that.”

Lifestyle entrepreneurs start businesses so they can live in places where jobs are scarce, costs are high or their skills aren’t a good fit for the local job market. They start businesses so they can work in places where they couldn’t otherwise find jobs; home-based entrepreneurs are the prime exemplars of this breed. The specific place may be a sunny community near the beach, such as Mrs. Skaggs chose, a small town in the mountains, or even a major city.

Jeffrey Unger left his job at a large law firm and opened his own practice so his four-year-old son could be near his grandparents. “My law firm was in San Diego, but my wife’s family is all from Los Angeles,” Mr. Unger explains. He gave his existing San Diego clients a local telephone number that was forwarded to his new office in Beverly Hills and kept doing the same type of work he was doing before, only now for himself.

There were a few other differences. “My commute is better in LA, believe it or not,” Mr. Unger says. “And I make more money. I’m making very substantially more than I used to. I was very happy to move up here. It was really beneficial in every respect.”

If you’re interested in starting a business so you can live in a particular place, take a close look at why you want to be there, and do some research before finalizing your decision. It’s easy to fall in love with the idea of living in an exotic locale, only to find once you get there that it isn’t what you wanted after all.

Barb and Frank Holmes had often vacationed in the mountains of New England, so when they left corporate jobs in suburban Philadelphia, they felt comfortable basing their venture in Mt. Chocorua, N.H. She’d always wanted to run an inn, while he, a manager for an environmental-consulting firm, wanted to make a business out of his hobby of working on old British motorcycles. Mt. Chocorua View House, a seven-room country inn with an outbuilding Mr. Holmes converted to Frank’s Brit Bike Barn, fit the bill. Mrs. Holmes cooks and is hostess; Mr. Holmes restores old Triumphs, Nortons and BSAs and teaches weekend Motorcycle Maintenance 101 courses to fans of the antique vehicles who come from all over to stay at the inn and practice tune-ups.

“Frank loves the mountains and I do too,” explains Mrs. Holmes, a former human-resources manager. “That’s why we picked this place where we’re surrounded by mountains and lakes and can escape to go canoeing once in a while.”

Choose a business that will fit into the place you want to be. For some entrepreneurs, that place is home. Thirteen percent of small-business owners reported being based at home in a 2002 survey by business-information provider Dun & Bradstreet, of Murray Hill, N.J. Service fields, such as consulting, lend themselves more easily to working from home. Manufacturing and distribution businesses are not as home-friendly. That’s true as well for Internet retailers and other e-commerce firms. “A ton of them do it out of their homes and end up filling every room in their house and having trucks come,” Mr. Ehrenfeld says. Similarly, many vacation and resort communities tightly restrict businesses such as factories that generate pollution and traffic or simply appear unsightly.

Entrepreneurs also need to check out whether their business will provide them with enough income to live on, of course. Fortunately, while many desirable locales are costly to visit, they turn out to be less expensive places to live than major cities, where refugee entrepreneurs tend to come from. And some entrepreneurs are happy to take less money in exchange for a better lifestyle. Unlike Mrs. Skaggs and Mr. Unger, for instance, the Holmeses’ business isn’t earning them more money than they got as employees. Still, Mrs. Holmes isn’t complaining. “We feel very lucky,” she says. “We’re getting to live our dreams.”

It’s common for people determined to stay in a special place to go through trial-and-error episodes before finding something that works. The journey often resembles Mrs. Skaggs’s experience, where setbacks are followed by a successful idea that arrives from an unexpected quarter. When it comes to starting a business to live in a certain place, the most useful approach may be to stay flexible when it comes to precisely how you’ll get there. “You start with customers and meeting needs,” says Mr. Ehrenfeld, “and see where that takes you.”

Recommended Books on Choosing the Right Location for Your Business:

The coronavirus or COVID-19 pandemic has adversely affected the lives of many in ways we’ve never expected. Here are some articles to help your small business survive these trying times, and the possible recession that may follow, … END_OF_DOCUMENT_TOKEN_TO_BE_REPLACED

Have you ever dreamed of starting your own small or home business, but don't know what business to start? There are many types of businesses that you can do from your own … END_OF_DOCUMENT_TOKEN_TO_BE_REPLACED