You are here: Home / Leadership / Book Reviews / How the Auction Culture Revolutionizes the Way We Buy and Sell
Share via 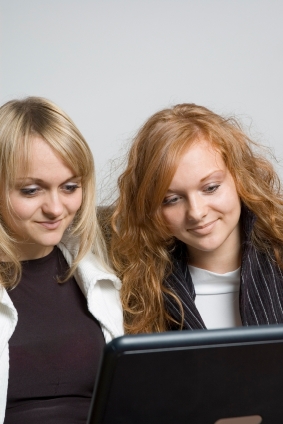 A number of companies, from the United States Postal Service (USPS) to Dell Inc., have focused on the opportunities presented by the growth of auction culture.

The USPS jumped into Internet retailing early, launching its online store in 1999 amid worries that e-mail would edge out snail mail. Since then, the independent government agency has kept its eye on ways to use the Internet to its advantage. All sorts of shipping services regularly vie for customers on eBay — the largest dropshops have partnerships with UPS and the United States Postal Service. Even though competition has remained fierce for shipping supplies and services, USPS continues to leap forward. In February 2004, eBay and USPS partnered to come up with a shipping cost calculator that assists users in figuring out their final costs. Then, later that year, the two partnered again to offer free USPS Priority Mail shipping boxes with the eBay logo on them.

Customers can pay for USPS labels and print them through eBay. The Orange County Register reported in 2005 that post offices around the country had started offering free seminars on how to use the Internet auction site. One Anaheim business owner told the paper that the unexpected seminars had changed her thinking about the United States Postal Service and she was considering using them to ship her sales.
Dell Inc., the largest manufacturer and seller of computers in the world, has also taken a proactive approach to turning the secondary market into a plus. Dell sells direct to consumers — that was the company’s bold stroke of genius — and it has brilliantly perceived the secondary market as another robust channel for reaching the consumer.

In the late 1990s, Dell joined an alliance called the FairMarket auction network with other heavy hitters like Microsoft and Lycos in the hope of competing with eBay. By 2001 though, FairMarket had lost millions on the venture and finally decided to make a deal with eBay to run listings on its site. But Dell didn’t let that experience discourage it from participating in the auction culture altogether. It put together an entire division dedicated to selling discontinued computers and accessories at auction on eBay. Like any company, Dell faces the issue of what to do with inventory that grows obsolete. They want to get rid of it in a timely manner and they understand that they can use the secondary market as a legitimate sales channel.

Dell also understands that beyond moving their inventories more productively, maintaining an active presence on eBay and other similar sites has the benefit of ensuring that more customers will get to know their brand, boosting the resale value of their products. Since 2001, Dell has featured a special shop on eBay called Dell Financial Services just for selling off-lease refurbished computer products, computers that have been returned at the conclusion of a lease, usually by large corporations.

Sears, one of the world’s largest retailers, has also adopted eBay as a venue to liquidate items that have been returned to their stores by customers. Many of the products sold on the site are clearly represented with a qualifying “Note: this is an open-box, used item!” Sears opened its liquidation center on eBay in June 2003 and sold off forty thousand items in the most recent twelve-month period.

Other companies have made clever use of the power of auction culture as a form of production or brand promotion. In a 2003 article, Forbes magazine highlighted Nissan in a group of companies that were building buzz for their brands by using eBay in creative ways. So how did they do it? Jeffrey Kowalczyk of TBWA/Chiat/Day, which handled the Nissan account, had this to say about Nissan’s reintroducing its 350Z sports car, originally produced in 1996. “Our research told us that the same guys who were Z enthusiasts in the’70s and’80s are on eBay Motors today,” he said.

As the article went on to explain, Kowalczyk came up with the idea to “auction the first revamped 350Z off the assembly line on eBay, with the proceeds going to charity: The car ultimately went for $95,000, far more than its sticker price. Not to mention all the free publicity that Nissan received just for launching a new car!

Like Nissan, Disney has seized on eBay as a way to promote its name and move merchandise that otherwise would lie dormant in a warehouse. In 2000, the Walt Disney Internet Group first started linking to eBay auctions from its site. Disney executives opened their “vault” and poured thousands of items onto the auction block. When Mickey Mouse turned seventy-five in 2005, Disney partnered with Sotheby’s to run a celebrity auction of seventy-five unique statues of the grinning icon. It accepted online and absentee bids through eBay, and the proceeds will go to a number of charities.

Forbes reported in 2003 that IBM marked the ThinkPad’s tenth anniversary by auctioning off laptops that had been autographed by Sylvester Stallone and Walter Cronkite. Scores of other large retail companies have followed suit, deciding to participate in the online auction phenomenon by building storefront sites on eBay. Some of the big names now include Sears, Hewlett Packard, and KitchenAid. Consumer electronics giant Toshiba also harnessed auction culture by creating a trade-in program to recoup used products in exchange for money. Toshiba can then turn around and auction the same items on eBay through its own eBay store to turn a profit.

We are still at the very early stages of auction culture, and the landscape of strategies and responses is just beginning to be charted. Trying to thwart the auction market makes no sense, and ignoring the challenges and opportunities will only risk significant losses of customers, revenues, and brand value in the future. The change is under way, and the forces are great — but businesses need a sound roster of strategies for embracing auction culture. In the next chapter we’ll explore a number of vital steps that companies can take in order to contend with the challenges and harness the potential.

Excerpted from FutureShop: How the New Auction Culture Will Revolutionize the Way We Buy, Sell, and Get theThings We Really Want

Daniel Nissanoff is a Web entrepreneur who cofounded the online facilitation company Portero, specializing in the resale of luxury goods. Prior to that, he founded one of the first and most successful online b2b exchanges, PartMiner, growing the company to a market value of $500 million. He has consulted to several Global 500 companies about business strategies for coping with the challenges of the online secondary markets. He was a 2001 finalist for the coveted Ernst and Young Entrepreneur of the Year Award.’

Article Name
How the Auction Culture Revolutionizes the Way We Buy and Sell
Description
Many companies have focused on the opportunities presented by the growth of auction culture. Read an excerpt from the book "Future Shop" by Daniel Nissanoff.
Author
Daniel Nissanoff

The coronavirus or COVID-19 pandemic has adversely affected the lives of many in ways we’ve never expected. Here are some articles to help your small business survive these trying times, and the possible recession that may follow, … END_OF_DOCUMENT_TOKEN_TO_BE_REPLACED

Have you ever dreamed of starting your own small or home business, but don't know what business to start? There are many types of businesses that you can do from your own … END_OF_DOCUMENT_TOKEN_TO_BE_REPLACED