You are here: Home / Managing & Growing / Managing Employees / When Generations Collide: How to Solve the Generational Puzzle at Work
Share via 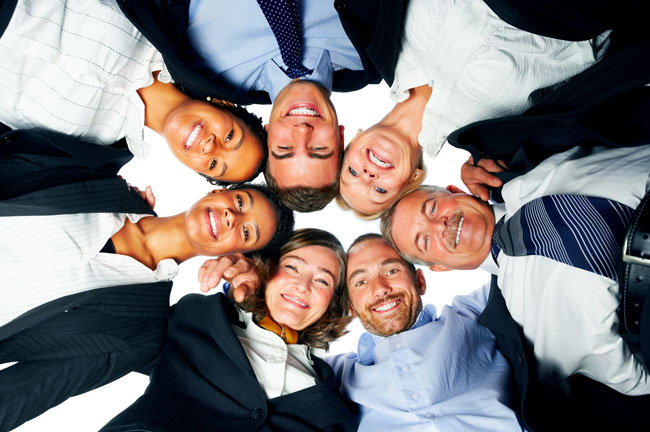 From the book When Generations Collide: Who They Are. Why They Clash. How to Solve the Generational Puzzle at Work

RELATED: The Leadership Challenge of Four Generations in the Workplace

Loyal to a fault, Traditionalists expected to build a lifetime career with one employer, or at least in a single field, and to make a lasting contribution. Listening to the tick of the career clock, Baby Boomers find themselves questioning where they’ve been and where they’re going. Yet the idea of having a stellar career is still utmost in the minds of many. Intent on looking for career security rather than job security, Generation Xers believe it is critical to build a repertoire of skills and experiences they can take with them if they need to. Millennials, who are just beginning to enter the workforce, have grown up multi-tasking, and believe that they will be able to pursue more than one line of work at the same time.

RELATED: Generation Y: How They Think and Act at Work

Once a manager has the different generations’ goals in mind, it is critical to provide different routes to reach them. In particular, Traditionalists and Boomers tend not to have their career paths laid out in nearly the amount of detail they are expected to produce for the Generation Xers they are often supervising. Generation Xers, on the other hand, are constantly pulling out their career maps to double check that they are headed in the right direction. Unless managers are always looking over these maps with their Generation X employees, they won’t be aware of the change of direction — until someone who is paying attention comes along and steals the talented Xer away.

Many Traditionalists have reached a point of financial and career stability where they are able to ask for more balance, yet they want the support— and the approval — of their employers in making the shift, including the transition to retirement. With single parent households, growing kids, aging parents, demanding jobs, and retirement looming on the horizon, Baby Boomers have realized there simply isn’t enough time to go around, and are asking for help in achieving a better balance. Xers, the generation that brought balance to the forefront of today’s workplace, aren’t just carefree kids anymore. They have adult concerns, including young children, and want the time and flexibility to take care of them, perhaps better than they saw their parents do. Millennials, the most over-programmed generation ever, have had the concept of balance drummed into their heads since birth by their Boomer parents.

Balance initiatives are one of the most strategic approaches for companies to attract workers, retain the workers they have, and reduce stress and distraction in their lives. But balance means something different to each of the generations so understanding different perceptions of balance is the key to success.

The strong, silent types who made up a generation of Traditionalist leaders weren’t long on praise (they weren’t even long on words), but when they said something about your performance, they meant it. That worked fine, until along came the Baby Boomers, raised with the pop psychology of the sixties that said people should open up. The Boomers forced Traditionalist bosses to sit down with them on a regular basis and let them know where they stood. That worked fine until Generation X came along, asking for instantaneous, immediate feedback. We can only imagine what the Millennials will expect.

RELATED: How Gen Y Employees Can Save You Money and Grow Your Business

The generations clash about feedback style as well as format — formal vs. frank, verbal vs. written, e-mail vs. memo, on the spot vs. a set time. Put all these styles together and the feedback a Traditionalist thinks is informative and helpful can seem formal and preachy to the Boomers and the Xers. Feedback a Boomer thinks is fair and judicious can seem uptight and overly political to a Generation Xer or a Traditionalist. Feedback a Generation Xer thinks is immediate and honest can seem hasty or even inappropriate to the other generations. Clearly, the generations have not signed off on what the feedback contract is supposed to look like.

Lynne C. Lancaster and David Stillman are the founding partners of Bridgeworks. They have written for or been featured in American Demographics, The Futurist, Success, Los Angeles Times, and Washington Post. Lancaster lives in Sonoma, California; Stillman in Tonka Bay, Minnesota.

The coronavirus or COVID-19 pandemic has adversely affected the lives of many in ways we’ve never expected. Here are some articles to help your small business survive these trying times, and the possible recession that may follow, … END_OF_DOCUMENT_TOKEN_TO_BE_REPLACED

Have you ever dreamed of starting your own small or home business, but don't know what business to start? There are many types of businesses that you can do from your own … END_OF_DOCUMENT_TOKEN_TO_BE_REPLACED