You are here: Home / Marketing / Advertising Strategies / The Truth about the Different Types of Advertising
Share via 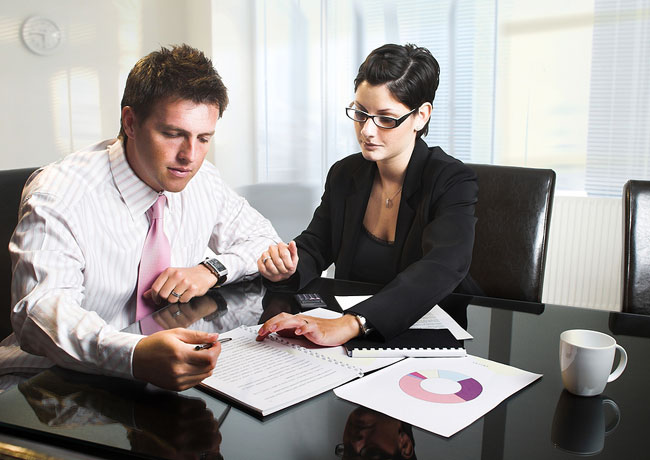 There is so much misinformation out there about advertising. As a business owner, you wake up every day concerned with acquiring more customers, or increasing sales to existing customers. To do this you need to advertise.

Here’s the rub. Advertising representatives know you are trying to get more customers. They are trained to lead you down that path — to buy their product. And most are incentivized to sell you only their product. Most work on commission. This means they only get paid when you buy an ad from them.

So are they biased? Of course they are.

I’m not saying they lie, but if you try to get an unbiased opinion of media from a sales rep, you’re in for a tough time. As a business owner, you need to sort through the information and determine what is fact, and what is fiction. This list helps with that task.

1. The average person isn’t exposed to your billboard the same way you are.

Many outdoor sales reps sell their facings (the term for a single billboard) by driving very slowly by the locations of various boards they own. The rep points out the location so the prospect (you) sees the board for as long a time as possible. Then once the client rents the board, they may go out of their way to drive by it. The average person isn’t paying as much attention to the client’s board as the client is.

2. Which billboards do you remember seeing on the way to work?

Make a list of the boards along that route and notice the ones you’ve never seen. People who frequently look at billboards are:

3. Winter is a risky time to be advertising on billboards.

Where are your eyes when the roads are slippery or the windshield is dirty?

4. The average time someone looks at a billboard is about three seconds.

The billboard companies tell advertisers to keep their messages short — seven words or less. How much selling can you do in three seconds or seven words?

>> RELATED: How to Advertise: 13 Elements of Effective Advertising

For improved reception, increased variety, and to get HBO, Showtime, The Movie Channel or another of the popular premium channels. And which channels CAN’T you advertise on?

7. People are not loyal to broadcast television channels the way they are loyal to radio stations.

People watch television programs, NOT television channels. So, when you run a schedule that rotates throughout all the programs on a specific channel, your ad may run in cartoons at one time, mid-day news later in the day, and a late movie rerun at night. These shows may all be on the same channel, but obviously, don’t appeal to the same audience.

8. Television continues to get more fragmented.

In 1970 there were three major networks. Fast-forward to 2014 — and a combination of over 200 broadcast, cable, and satellite channels are at our disposal.

9. The digital video recorder is a threat to television advertising as we know it.

If the DVR doesn’t kill it, it will cripple it. The era of the digital video recorder is looming large as new research studies emerging from the US indicate that 15% of all Internet households have connected their computers to a TV or stereo, that DVR users spend 60% of their TV time watching recorded programs and that when watching recorded programs, they skip 92% of the commercials.

10. According to Nielsen/Arbitron, television viewership is seasonal.

From winter (the best time) to summer (the worst time), there’s a 19% drop in audience.

This is the most common mistake businesses make with their website. Every business in 2006 needs a website for credibility and information. But unless you have ways for your customer to find your website, it becomes little more that a glorified brochure.

Speed is everything, and big graphics slow down loading time. People are impatient and will go somewhere else if your site loads slow.

14. The headline is vital to the success of your website.

When writing your headlines, keep in mind, you only have a few seconds to grab your potential customers’ attention. If your headline doesn’t immediately catch their attention, they’ll simply move on and never return.

15. Most businesses don’t collect names of the visitors of their websites.

This is a huge mistake. Then they don’t do enough with the data they collect, and worst of all, they don’t track response to different internet offers.

16. Print advertising (shoppers and newspapers) accounts for four out of five coupons.

While the value of coupons has increased more than 35% over the last 10 years, redemption has declined more than 25%. And remember, coupons are discounts on things you already buy, and has nothing to do with customer loyalty.

65% of potential consumers are never reached.

In fact, readership is usually duplicated. Seven out of 10 readers of shoppers are already readers of the daily paper.

When you are looking at the Arbitron ratings, make sure they are the most current available. Stations fluctuate from year to year, and an old ratings book is not accurate.

20. Speaking of Arbitron, ask to see the audience composition of the station(s) you are considering buying.

A station that boasts big 12+ audiences might actually be mostly 12-14, or 70% female/30% male, when you wanted something else.

21. If you’re getting a low rate, check to see when your commercials will air.

Often, a station will run these inexpensive packages 5am-12 midnight. If you thought you were getting morning drive only, you better check.

22. If a station makes a mistake in your copy or schedule, ask for makegoods.

You should get one makegood (free commercial) for every one that was a mistake. Stations must give you extra commercials if the mistake is their fault.

23. Consumers are deluged with direct mail every day.

Americans receive 4 million tons of direct mail every year — and 44% of it is never opened.

Nearly two out of three persons who graduated from college or earn $50,000 don’t read every piece of mail they get — their throw-away rate is 65%!

25. The U.S. Postal Service admits that correctly addressed mail gets thrown away as garbage at 80% of its offices.

Over 17% of the population moves each year — making mailing lists quickly outdated.

27. Newspaper circulation has been decreasing

Newspaper cost per column inch has continued to rise dramatically, while their circulation has shown very little increase.

28. Check the demographics reached by newspapers

Which makes your advertising easily overlooked by the average reader.

30. Most people are right-handed.

They hold the phone book in their right hand, and use their left hand thumb to flip through from back to front. So what’s so great about having the biggest ad in the front — when most people see the smaller ones in the back of the section first?

31. Circulation of Printed Yellow Pages has been rapidly shrinking

According to the Yellow Page industry, Americans look in the Yellow pages about 3.6 billion times per year. Sound like a lot? That’s only about 14 times a year a person — and the number is shrinking fast! So nowadays, Yellow Pages have been creating online marketing packages so advertisers can have their ads online and in the print version.

32. The value of the White Pages

33. Yellow Pages advertising is sold as “bigger ads are better” or “color is better.”

The best marketing strategy is for people to never have to go to the Yellow Pages.

The coronavirus or COVID-19 pandemic has adversely affected the lives of many in ways we’ve never expected. Here are some articles to help your small business survive these trying times, and the possible recession that may follow, … END_OF_DOCUMENT_TOKEN_TO_BE_REPLACED

Have you ever dreamed of starting your own small or home business, but don't know what business to start? There are many types of businesses that you can do from your own … END_OF_DOCUMENT_TOKEN_TO_BE_REPLACED