Over half of all Americans between the ages of 15-34 consider themselves active social network users. They regularly visit well-known social networking sites, such as Twitter or Facebook, or log onto specialty social networks, like Ravelry (devoted to the fiber arts) or GroupRecipes (for the foodie set). While industry research tells us that television watching is declining, especially among this age group, social network use is on the rise: average users spend seven to eight hours a week online.

This time spent on social networks clearly affects buying decisions. An estimated forty percent of all social networkers say they use social networking sites to learn more about brands or products they like, according to GreenBiz.com, with twenty-eight percent saying they’ve had a brand or product recommended to them by a friend. 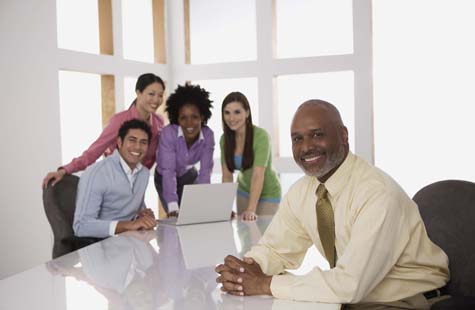 The message is clear. Strategic use of social networking can help a company grow. It’s an effective use of target marketing, reaching out to one’s customers where they are.

However, in order to capitalize on social networking’s power, you have to do it right. Execution is everything. Make no mistake. Every time you log onto Facebook, MySpace, or other social networking platform, you’re representing your company in a very visible arena. The world is, quite literally, watching.

There are five common mistakes Nichepreneurs™ make when it comes to social networking. Here’s what they are — and more importantly, how to avoid them!

Social networking may have emerged as a phenomenon only recently, but it is a manifestation of something as old as time — word of mouth! Customers value the opinions of colleagues, relatives, peers and friends above almost anything else. This has been true for generations. Social networking has merely expanded the definition of friend. Technology has made it easier to communicate with more people than ever before — a person could have hundreds of friends they’ve never once met in person. That’s a power and a privilege that no one is going to let just fade away.

>> RELATED: 10 Ways to Ramp Up Your Social Media Marketing

Social networking is a form of relationship marketing. It works best when you view it as an opportunity to build your brand, a prime platform to let your customer base know who you are and what you represent.

At the same time, you’ve got a fantastic chance to learn about your customers. If you actually stop and read what they post, you’ll learn a tremendous amount about who your customers are and what’s important to them. Where else do you get your customer’s pure, unvarnished opinions served up to you on a silver platter?

Don’t spoil this prime market research opportunity with unwelcome advertising. It’s fine to let people know you’re in business, but that can’t be the only thing you bring to the conversation.

This mistake is often a generational problem. Nichepreneurs who grew up before the Internet was such an omnipresent force can have a hard time understanding how words on a computer screen can have real consequences on the every day course of business.

>> RELATED: Why You Need to Measure Social Media Marketing Efforts

Compounding the problem is the fun, freewheeling atmosphere prevalent on many social networking platforms. It’s easy to forget the potential results when the commentary’s flying fast and furious. However, your words can come back and haunt you later. Remember — it all counts! The days where an organization can dismiss poor behavior with “It’s just the internet” are long gone!

Sock puppets is the term applied to social networking accounts that are created with the intent of hiding the poster’s true identity. Individuals often create sock puppets in an effort to avoid the real life consequences discussed in mistake number three!

Sock puppets can be used to boost, support, or defend a company’s position. Conversely, they can be used to tear down, disparage, or make negative commentary about a competitor’s organization, products, or services.

Either way, it is a bad idea! Many denizens of social networks are incredibly tech-savvy, and it won’t take them long at all to discover who is really behind a string of negative or hostile commentary. Exposure can be a public relations nightmare.

Honesty is the best policy. Either be willing to own your commentary, by posting under your own identity, or don’t say them at all!

Use social networking efforts to augment your existing marketing efforts. There are small, start up companies that market themselves solely via social networking. However, this is a self-limiting strategy: even if you reach every single person on that network, you’re still missing out on a large number of potential customers who never log on.

Keep your perspective. Social networking might not eat into your budget, but it does take time. Realize that at best, social networking can significantly augment and enhance your marketing and promotional efforts — but it will never wholly replace it!

Written by Susan A. Friedmann,CSP, The Tradeshow Coach, Lake Placid, NY, author: Meeting & Event Planning for Dummies, working with companies to improve their meeting and event success through coaching, consulting and training. For a free copy of ExhibitSmart Tips of the Week, visit her website at http://www.thetradeshowcoach.com

The coronavirus or COVID-19 pandemic has adversely affected the lives of many in ways we’ve never expected. Here are some articles to help your small business survive these trying times, and the possible recession that may follow, … END_OF_DOCUMENT_TOKEN_TO_BE_REPLACED

Have you ever dreamed of starting your own small or home business, but don't know what business to start? There are many types of businesses that you can do from your own … END_OF_DOCUMENT_TOKEN_TO_BE_REPLACED