You are here: Home / Leadership / Book Reviews / The Best Investment Advice I Ever Received: Warren Buffett
Share via

Below is an excerpt from the book The Best Investment Advice I Ever Received: Priceless Wisdom from Warren Buffett, Jim Cramer, Suze Orman, Steve Forbes, and Dozens of Other Top Financial Experts

by Liz Claman. Reprinted with permission from the publisher. 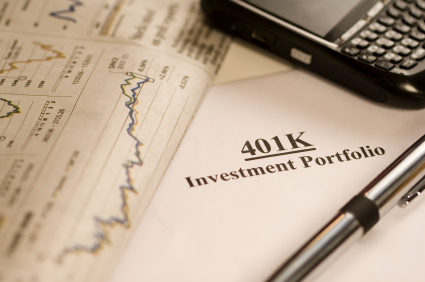 I was anchoring my financial news program one day when I looked in the camera and announced to the viewers, “Billionaire investor Warren Buffett just took a stake in an Israeli company. Is now the time for you to be looking at Israeli companies as a good investment?”

If Warren Buffett were watching, he might have burst out laughing, or at least chuckled. And I certainly know why. If there’s one thing I’ve learned in my eight years as a financial news anchor and reporter, it’s that Warren Buffett buys companies. He doesn’t buy sectors, “ideas,” or fads. If he’s considering buying a company-or a stake in a company-he’ll pick it apart like a kid sitting in a basement with an old transistor radio, trying to figure out how all the wires and tiny parts work. He didn’t buy that Israeli company because he believed Israel is the “next big thing.” He bought it because that particular company fit into his formula. And what a formula it is.

Over the years, I’ve keenly observed Buffett’s investing style and had an opportunity to chat with him about the way he invests. He once told me that when he was nineteen years old, he read a book that changed everything for him when it came to investing. He was at the University of Nebraska in 1949, and during his last year of college, he bought a copy of Benjamin Graham’s The Intelligent Investor.

From that book, he learned what eventually became his own three principles of investing, and he has followed those rules for decades. Simple stuff, as he called it. His most important principle is that you have to look at a stock as being part of a business versus something that has a lot of flash about it or something that your broker or neighbor simply tells you about.

Buffett looks at a company and carefully assesses the intrinsic value of the business. How do you do that? For starters, look into the company reports and filings that the Securities and Exchange Commission requires every publicly traded company to provide investors. After reading and studying it all, ask yourself whether this business is straightforward and understandable. Does it have cash flow? What are its longterm prospects? Are its earnings reports relatively consistent? Does it have a solid, consistent operating history? High profit margins? These are all important signposts Buffett reads on the road before deciding to invest in a company.

The truth is, none of this is particularly complicated or sophisticated, but very few investors seem to take the time to follow these simple steps. But Warren Buffett does.

Buffett’s second principle involves the investor’s attitude toward stock and market fluctuations. He once said those fluctuations are there to serve investors rather than to instruct them. Buffett believes investors should turn a deaf ear to the day-to-day gyrations of the stock market. Good quality companies can withstand these gyrations. Yes, they might suffer a quarter or two, but in the long-term, they’ll stand tall and strong. Buffett’s best manifestation of his ability to ignore market hysteria came during the dot-com glee of the late 1990s. He simply wouldn’t allow the stock market hysteria going on at that time to “instruct” him to abandon his tried-and-true formula. Over time, it was clear that this was a solid strategy that paid off in spades for his company and his investors.

His third principle involves the margin of safety. That means, as Buffett once put it, you’re never that precise in your ability to calculate the worth of a stock but what you can do is estimate. He has often said investors should find properties where there is a wide discrepancy . . . and if you can buy them at two-thirds of what they’re worth, do it. How does an investor accomplish that? As you pick through company reports and filings, add up the numbers and ask yourself whether the price of the business (or stock) is lower than its value. In other words, if you can calculate that a company’s stock is worth between $80 and $120, and you can buy it at $60, then buy it.

Year after year, Buffett bakes up his investment cake with the very same ingredients as the year before, with a sprinkle of humor tossed in. A perfect example comes from his letter to Berkshire Hathaway shareholders back in 1995 (Buffett, of course, is the chairman and CEO of Berkshire Hathaway, Inc.):

Charlie Munger, Berkshire’s vice chairman and my partner, and I want to build a collection ofcompanies-bothwhollyandpartly owned-that have excellent economic characteristics and that are run by outstanding managers. Our favorite acquisition is the negotiated transaction that allows us to purchase 100 percent of such a business at a fair price. Butweare almost as happy when the stock market offers us the chance to buy a modest percentage of an outstanding business at a pro rata price well below what it would take to buy 100 percent. This double-barreled approach-purchases of entire businesses through negotiation or purchases of part-interests through the stock market-gives us an important advantage over capital-allocators who stick to a single course. Woody Allen once explained why eclecticism works: “The real advantage of being bisexual is that it doubles your chances for a date on Saturday night.”

Over the years, we’ve been Woody-like in our thinking, attempting to increase our marketable investments in wonderful businesses, while simultaneously trying to buy similar businesses in their entirety.

But Warren’s so much more than the companies he’s bought and sold. Warren Buffett is considered by many to be one of the so-called good guys of American business. He’s the first to take the blame when his own company’s numbers aren’t up to his or shareholders’ standards. In his 1999 letter to shareholders he wrote, “The numbers on the facing page show how poor our 1999 record was. We had the worst absolute performance of my tenure and, compared to the S&P, the worst relative performance as well. . . . Even Inspector Clouseau could find last year’s guilty party: your chairman.”

And he’s always ready to talk about the mistakes he’s made and the lessons he’s learned. In his shareholder letter way back in 1989, he wrote:

If you buy a stock at a sufficiently low price, there will usually be some hiccup in the fortunes of the business that gives you a chance to unload at a decent profit, even though the long-term performance of the business may be terrible. I call this the “cigar butt” approach to investing. A cigar butt found on the street that has only one puff left in it may not offer much of a smoke, but the “bargain purchase” will make that puff all profit.

Unless you are a liquidator, that kind of approach to buying businesses is foolish. First, the original “bargain” price probably will not turn out to be such a steal after all. In a difficult business, no sooner is one problem solved than another surfaces- never is there just one cockroach in the kitchen.

Second, any initial advantage you secure will be quickly eroded by the low return that the business earns. For example, if you buy a business for $8 million that can be sold or liquidated for $10 million and promptly take either course, you can realize a high return. But the investment will disappoint if the business is sold for $10 million in ten years and in the interim has annually earned and distributed only a few percent on cost. Time is the friend of the wonderful business, the enemy of the mediocre.

The one certainty I’ve learned over the years about Warren Buffett is that he is anything but mediocre. His honesty, his obdurate opposition to business shenanigans, and his concern for his shareholders is so palpable. His three simple principles-so easy for the average investor to understand and follow-have made him arguably the most closely followed and widely imitated investor in history.

The coronavirus or COVID-19 pandemic has adversely affected the lives of many in ways we’ve never expected. Here are some articles to help your small business survive these trying times, and the possible recession that may follow, … END_OF_DOCUMENT_TOKEN_TO_BE_REPLACED

Have you ever dreamed of starting your own small or home business, but don't know what business to start? There are many types of businesses that you can do from your own … END_OF_DOCUMENT_TOKEN_TO_BE_REPLACED