You are here: Home / Financing / Cash Flow / Is Accounts Receivable Draining Your Cash Flow?
Share via

Making a sale is very important. But collecting the money for the sale is even more important. It does not do any good to sell a product if you don’t collect your money.

In fact, you can ruin a business real fast if you neglect the all-important step of making sure you are collecting the money for what you sell. 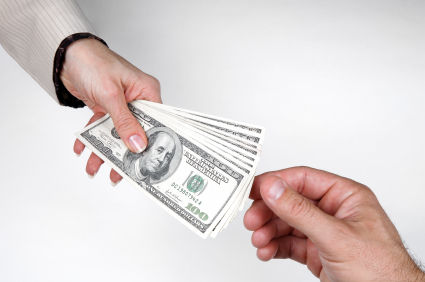 I had the President of a national association of small business owners tell me a story about one of their members that really highlights this point.

One of their members started a service business catering to large health care institutions.

She would provide a trained staff of people to perform services that the institution would otherwise have to hire employees to perform. She provided a turnkey service that would help improve the service levels while at the same time save the institution money.

After she got her first contract, she began the process of recruiting, interviewing, hiring, creating an extensive training program, training the new hires, etc.

This took about three months to complete.

After her team was in place and trained, they began providing the service. She sent her invoice to the institution after the first month of services had been provided.

After a couple months went by she got a really big surprise.

It turns out this institution held invoices from suppliers for at least 120 days before they paid them. In fact, it was somewhat of an industry practice. She was now almost seven months into her new business and she had not even collected the first dollar of revenue.

She had been spending money all this time not realizing there would be this huge delay in actually collecting her money.

Unfortunately, she ran out of cash.

But the really big surprise came when she realized the hard way that creating a sale and collecting the cash doesn’t always happen at the same time.

A Sale is Not a Sale Until the Cash is Collected

He was feeling really good about the sales and about finally breaking into this untapped market.

And his income statement looked really good in the month he made the sales. In fact, it showed he had the best month in the store’s history.

What he had not realized until now was that these sales were actually hurting his cash flow.

Not only had he never collected the $18,000, he had already paid for the inventory he sold them.

To make matters worse, this uncollected sale was happening at a time of the year when he could least afford to be without the cash. The sale looked good in the income statement, but not so good in his cash flow.

The Key is to Manage Accounts Receivable Closely

He learned a very important lesson about selling to commercial accounts.

He learned that selling something and collecting the money are two different things. He created new standards for how these sales would be handled in the future.

Each invoice for a commercial sale would have a specific due date on it.

He began talking to his commercial customers about his terms very early in the selling process. Having this worked into the selling process early on helped him make sure his invoice would get processed timely once it was sent to the company.

He also decided to begin a proactive process for calling to check the status of an invoice within seven days of sending it.

He also planned to make sure he understood the full cash flow impact of accepting large orders.

He now recognized that it was very important to know that you have sufficient cash flow to handle the up-front cash commitment required to take on a big new order from a customer.

Make Sure You Get Paid What is Owed You

If you invoice your customers, you have no choice but to make sure you actually get paid for every dollar you invoice.

You must make this is one of your highest priorities so that you get paid every dollar that is due to you.

This is a critical aspect of your business that you can’t afford to ignore.

Philip Campbell is a CPA and the author of the book: “NEVER RUN OUT OF CASH, 2 Questions That Will Eliminate Your Cash Flow Worries”. Get your copy of his FREE Special Report “The Secret to Creating Cash Flow Projections You Can Trust” at http://www.growandsucceed.com .

The coronavirus or COVID-19 pandemic has adversely affected the lives of many in ways we’ve never expected. Here are some articles to help your small business survive these trying times, and the possible recession that may follow, … END_OF_DOCUMENT_TOKEN_TO_BE_REPLACED

Have you ever dreamed of starting your own small or home business, but don't know what business to start? There are many types of businesses that you can do from your own … END_OF_DOCUMENT_TOKEN_TO_BE_REPLACED