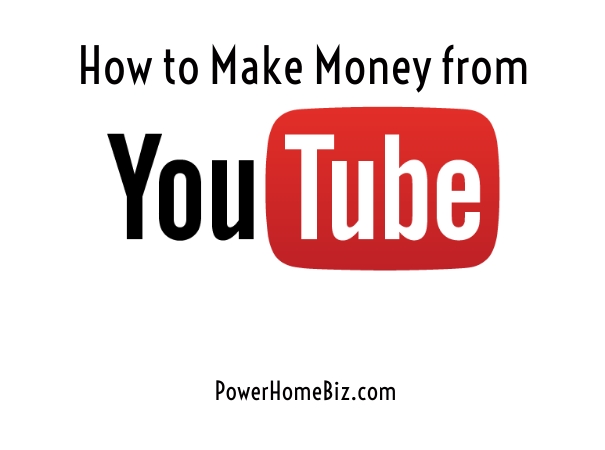 YouTube is the largest video platform where people can upload videos and share them to the world. Since its launch in 2005, YouTube’s impact has been felt across all spectrum of life — from politics to news to commercials and to the promotion of talents.

YouTube also provides people everywhere with a venue to earn money from their videos. One of the best examples of ordinary folks making it big on YouTube is Howard Davies-Carr. He uploaded a video of his two children in 1997 on YouTube, which he titled “Charlie bit my finger – again!”. The video of the baby brother biting his older brother was intended for Davies-Carr’s immediate family and friends, but it became a viral sensation. To date, the video has received over 835 million views. In 5 years the video was uploaded, it has earned more than $500,000 for Davies-Carr!

YouTube reports that the number of channels that earn six-figure income on the site is up 50 percent year-over-year. In 2015, Forbes Magazine launched its very first list of the World’s Top-Earning YouTube Stars. The top 10 in Forbes’ list earned a whopping $54 million combined, with the top person on the list earning $12 million! That’s a lot of money from YouTube videos! These top content creators on YouTube have a combined subscriber base of about 178 million, generating a total 38 billion views.

For all these individuals, their YouTube success was the start – and they leveraged it to other income-generating activities which in turn bolstered their YouTube presence even further. Here’s a breakdown of the top earning YouTube moneymakers according to Forbes’ list:

You can make money on YouTube. While it takes time, patience, and even luck, here are five ways you can earn money from YouTube:

YouTube has created a program called Youtube Partner Program to allow their most popular and prolific video creators to earn from their videos. Ads are placed alongside the videos and content creators share the revenue with YouTube. To participate in the program, you must meet the following requirements:

About half of Rhett and Link’s income comes from sponsored content. They have made videos about Honest® Tea & Wendy’s®, Toyota Camry, Gillette, among other large brands. They have also produced funny and awkward low-budget commercials for local businesses around the country that led them to their show Commercial Kings in IFC channel.

Many YouTubers use the fame, number of subscribers and brand that they have established in YouTube to launch other ventures and money-making projects. After successfully building a strong reputation, expertise and knowledge in their videos, they capitalize on their YouTube popularity to create products, go on tours, create make-up lines, and write books and others. Some create their own original products while others collaborate with larger brands. This approach brings them more success, money and even more fame in YouTube.

For example, Michelle Pham has successfully turned her YouTube fame into other endeavors. She launched her own make-up line Michelle Pham Em Cosmetics in partnership with the cosmetics giant L’Oreal. She has also co-founded ipsy.com, an online subscription-based beauty company that offers beauty product samples and exclusive offers to their paying members. She has also authored a successful book Make Up: Your Life Guide to Beauty, Style, and Success–Online and Off

In addition from earning directly from their videos, many successful YouTubers create and sell a variety of merchandise items such as shirts or mugs to their fan base and followers.

PewDiePie has a shop section in his website http://shop.pewdiepie.com/ where he sells backpacks, sunglasses, beach towels, posters, hoodies, shirts, sunglasses, even a “foam bro fist.”

An emerging business model that is promising for content creators is the paid subscription model. This allows loyal fans to support their favorite YouTube stars.

In October 2015, YouTube introduced their paid subscription service called YouTube Red https://www.youtube.com/red. The service provides an ad-free experience while allowing for saving videos online and background play. This represents a shift from an ad-funded video hosting service to a media company that can go head to head with Netflix or Hulu. Under this program, subscribers pay $9.99 per month to watch ad-free videos as well as new, exclusive content behind a paywall.

Some of YouTube’s biggest creators will offer new, original series and videos under the YouTube Red program. PewDiePie will have a show called Scare PewDiePie as part of YouTube Red Original Series, where he will encounter terrifying situations inspired by his favorite video games. Fine Brothers will also have a scripted comedy show, as well as other top YouTube stars such as Wong Fu Productions, Toby Turner, among others.

Recommended Books on How to Make Money on YouTube:

The coronavirus or COVID-19 pandemic has adversely affected the lives of many in ways we’ve never expected. Here are some articles to help your small business survive these trying times, and the possible recession that may follow, … END_OF_DOCUMENT_TOKEN_TO_BE_REPLACED

Have you ever dreamed of starting your own small or home business, but don't know what business to start? There are many types of businesses that you can do from your own … END_OF_DOCUMENT_TOKEN_TO_BE_REPLACED