You are here: Home / Starting a Business / Entrepreneurship / How Moonlighting Can Help You Succeed in Your Business 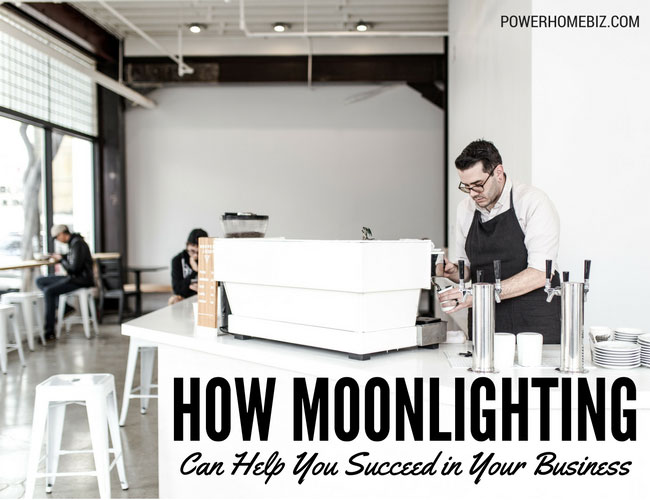 Cindy Buchanan spends part of her workweek employed as an emergency physician, setting broken bones, stitching up cuts and, occasionally, saving a life at a Columbia, S.C., hospital. The rest of the time, Dr. Buchanan moonlights as a self-employed cruise travel agent, helping honeymooners and vacationers with decisions about cabins, decks and ports of call.

“It’s just so much fun talking to people about fun stuff instead of the intensity and downers you get in the emergency department,” Dr. Buchanan says of her second gig. She paid $10,000 to purchase a franchise license from travel-agency franchiser Cruise One in April 2001 and now splits a 50- to 60-hour workweek about evenly between the two occupations. While practicing medicine pays her several times as much as arranging cruises, she says the benefits of moonlighting make the lost income well worth it.

Self-employed moonlighters are doing more than picking up a few extra dollars and, like Dr. Buchanan, having a good time in their after-hours occupations. They’re increasing the likelihood that their ventures will succeed, according to Ron Mitchell, a business professor at the University of Victoria in British Columbia. Most businesses fail because the owners run out of cash before mastering the skills necessary to generate self-sustaining profits, Dr. Mitchell says. The small-business incubators that many universities operate increase survival rates, in part, by sheltering and protecting young enterprises during the learning period of no or low profits, he says.

Like these incubators, moonlighting gives entrepreneurs an extended period of time to learn how to run their enterprises, without the pressure of having to earn enough profits to sustain themselves and the business. “It may be the poor man’s incubator,” Dr. Mitchell says of moonlighting by entrepreneurs.

Whether or not moonlighting entrepreneurs are increasing their odds of success, it’s clear that they have what seem to them like good reasons for double-dipping. Moonlighting, according to Dr. Buchanan, is ideal because she can keep up her medical skills while engaging in work that takes her mind off the pressures of the emergency room. 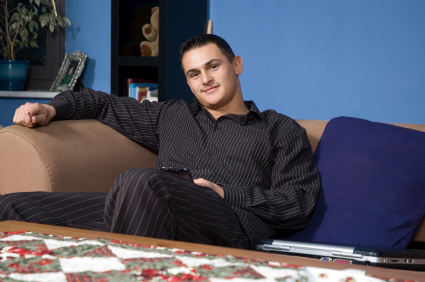 Others moonlight for a while to find out whether they really like being an entrepreneur before quitting their jobs entirely. Lenore Leadingham ran a bed-and-breakfast in Louisa, Ken., on the weekends for two years while working as a public-relations executive at a utility company in nearby Ashland during the week. She liked it well enough to take early retirement from the $80,000-a-year job two years ago to earn 20% as much as owner of the Lakeview Hideaway Bed & Breakfast.

Mrs. Leadingham says the switch was well worth it, because she enjoys the placid life of an innkeeper in Louisa, pop. 2,000. Her husband, an optometrist who helps out at the inn part time, tells her that if he’d known how much she could enjoy it, he would have insisted she make the move years earlier. But, advises Mr. Leadingham, “I’d recommend anybody who was going to change careers to moonlight to see if that’s what they really want to do.”

Moonlighting may sound romantic, but the reality consists of long hours, often for modest pay. Moonlighters work an average of nearly 48 hours a week, according to the Census Bureau, including almost 35 hours at their regular jobs and 13 moonlighting. Mrs. Leadingham says 70-hour combined weeks were common before she took early retirement.

While many moonlighting entrepreneurs intend to quit their regular jobs and go full time as business owners, not all make it. Dr. Buchanan says her initial hopes of being able to give up medicine entirely in order to book cruises now seem unlikely to be fulfilled. While activity has doubled in the past year, she says, given that a single 12-hour shift at the hospital earns as much as the travel franchise’s monthly profit, she doesn’t expect to hang up her stethoscope soon, if ever.

Moonlighting as a business owner can even cost money. Joan Schweighardt’s moonlighting venture, publisher GreyCore Press of Pine Bush, N.Y., consumes cash generated by her other job as a marketing-communications writer. “A huge amount of my paycheck goes toward publishing,” says Ms. Schweighardt. “It feeds my publishing habit. But I keep believing at some point I’ll actually start making money.”

Recently, Ms. Schweighardt faced the possibility of her side business incurring a sizable debt for which she would be personally liable. When a distributor of her books filed for bankruptcy protection without paying for sales of several thousand copies, it appeared that she’d have to reimburse book retailers thousands of dollars for books the stores returned unsold. Ms. Schweighardt was ready to quit. She decided against it when an author she planned to publish, anxious for his book to come out as planned, arranged for her to borrow the money. In the event, the bill for returns never arrived. But, says Ms. Schweighardt, “If the new distributor goes out of business, that’s it.”

Moonlighting means less risk but longer hours than having either a single job or a single company. It may mean more money, but not always a lot. Still, moonlighting entrepreneurs think their middle way combines the best of both worlds. “I’m enjoying it,” Dr. Buchanan says of her vacation-planning business. “It’s a stress reliever instead of a stress factor.”

The coronavirus or COVID-19 pandemic has adversely affected the lives of many in ways we’ve never expected. Here are some articles to help your small business survive these trying times, and the possible recession that may follow, … END_OF_DOCUMENT_TOKEN_TO_BE_REPLACED

Have you ever dreamed of starting your own small or home business, but don't know what business to start? There are many types of businesses that you can do from your own … END_OF_DOCUMENT_TOKEN_TO_BE_REPLACED