You are here: Home / Marketing / Sales / Understand the Three Types of Sales Prospects
Share via

Part of a training course I recently attended included strategies to help advisors improve their sales. The instructor asked, “What’s the worst thing a prospect can say when you ask them to do business with you?” Most of the 200-plus people in the room agreed that the worst reply would be, “No, I’m not interested.” 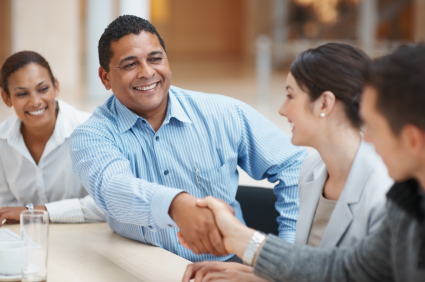 But I disagree. Depending on the type of sales prospects you’re talking to, a response of “no” can actually be a good thing. In fact, “yes” can actually be more of a problem in some cases! To better understand why, read on.

There are three types of prospects you need to know about.

I categorize sales prospects into three types, or levels, based on their personalities. When I meet a prospect, I want to know what kind of client they’re going to be before I decide to start working with them.

These people are generally defensive, rude and unhappy. They gossip, complain, blame others and have excuses for everything. They don’t listen, and spend their time telling versus asking. If issues come up, they ignore them, hoping they’ll go away.

These people lack focus, time, and/or money because they’re overextended. Eventually, when they decide to get serious about money management, they’ll become a Level One or a Level Three Prospect.

Level three prospects are balanced, grounded and positive. They’re clear on what they want and focus their energies on HVFDAs (high-value fixed daily activities). When challenges come up, they quickly resolve them. They take responsibility for their lives and take action to make things happen.

Responses from your prospects offer clues to what they’ll be like as clients.

It’s easy to see that you’ll be more productive if you avoid level one prospects and work only with level three and level two prospects. Understanding how each type of prospect typically responds will help you focus your energy and improve your sales.

Level one prospects often flat-out say, “No, I’m not interested.” When they do this, consider yourself lucky!

But another typical level one response is “Yes, but…” When a level one prospect says this to you — and you find yourself actually working with them — prepare to waste a lot of time and destroy your closing ratio.

Level ones will set appointments and miss them. They’ll find excuses not to work with you, and do their best to make their problems your problems. When you offer solutions, they’ll spend hours giving you reasons why they won’t work. Their problems are working so well for them that they have no reason to change.

Level ones are the people you need to get out of your business —  fast. Ultimately, these people deplete your energy and make you want to switch careers. So unless you want to join them in the insanity club, just get rid of them as graciously and as quickly as you can.

When you check back with them, there’s a good chance they’ll give you the same kind of runaround, but it’s important to keep following up. The best strategy for this type of prospect is to set up an automated follow-up system and touch base with them every three to six months.

At some point, they’ll either become a great level three client or revert to a level one who you can get away from. Often, when you start staying in contact with a level two prospect, they’ll hire you to manage their money years later when they sell their business or come into an inheritance.

Level three prospects will respond, “Yes, I’m interested” with enthusiasm, or they’ll turn you down with politeness and respect. They don’t make things personal and they don’t get defensive.

As you can see, “No, I’m not interested” isn’t the end of the world, as the majority of the people attending that recent training session had assumed. Having a level one prospect tell you “Yes, but…” is far worse!

Your closing ratio will soar once you understand that the best-case scenario is when a level three prospect says, “Yes, I want to start working with you.”

Having a level three prospect tell you “No” is also good because you really know where you stand, and having a level two prospect ask you to check back with them could work out well in the long run.

Follow these guidelines to raise your business, and yourself, to a higher level:

Level three producers ask questions without planning a response. They want raw input from clients and prospects that they can use to provide better service. Listening, without an agenda, will turbo-charge your production.

Level three producers know that they’re in a “numbers game.” They qualify and sift through prospects to get rid of level ones and fill their pipeline with level three and level two prospects.

Level three producers focus on what they want versus what they don’t want. They’re crystal clear about their desired result, and take the time to set affirmative goals and perform HVFDAs (high-value fixed daily activities) to keep themselves on task. They also understand that once they decide what they want, they don’t have to worry about how it will come to fruition.

Level three producers understand the importance of a solid foundation. They take time for their inner work, get adequate sleep, eat an excellent diet, think positive thoughts, and surround themselves with people who also operate at level three.

When you become a level three producer, you’ll soon realize that not only your closing ratio and income level will improve, but also that your entire life becomes more joyous and fulfilling. All it takes is a little discipline, an understanding of the three prospect types, and a feeling of gratitude when people tell you they’re not interested.

Annette Bau, CFP, founder of MillionDollarMarketingPractices.com, and author of The Million Dollar Marketing System and the Affluent Women’s Marketing Guide: How to Create a Thriving Practice Working with Affluent Women, is a 20-year veteran in the financial services industry, specializing in working with millionaire business owners and affluent women.

The coronavirus or COVID-19 pandemic has adversely affected the lives of many in ways we’ve never expected. Here are some articles to help your small business survive these trying times, and the possible recession that may follow, … END_OF_DOCUMENT_TOKEN_TO_BE_REPLACED

Have you ever dreamed of starting your own small or home business, but don't know what business to start? There are many types of businesses that you can do from your own … END_OF_DOCUMENT_TOKEN_TO_BE_REPLACED