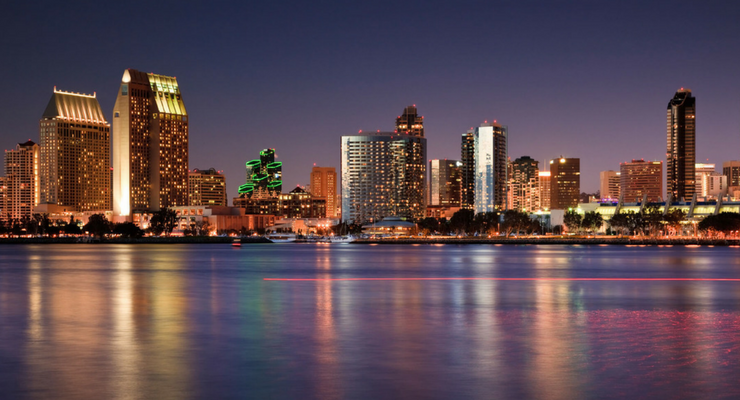 Vertical Direct Marketing Group (VDMG) founder and president who currently lives in Puerto Rico, Neil Billock, has stated that he believes San Diego has the capability to become the epicenter of marketing on the West Coast of the United States and Puerto Rico has the capability to do so for the Caribbean. The advertising executive is attempting to sway local officials to invest in the growth of the marketing industry. Billock started VDMG over a decade ago in San Diego – he has grown to be a household name in the advertising industry. He is considered one of the foremost experts on direct sales marketing in the United States. His firm has used a mixture of different strategies and technologies to help their clients create tailor-made solutions for their marketing needs. Now he hopes his influence will be able to kick-start a marketing revolution in San Diego, which he believes will create a hotbed of innovation and growth.

“When most people think of California they automatically imagine Los Angeles and San Francisco,” Billock says, “But what people don’t realize is that San Diego has just as much to offer, if not more, in terms of lifestyle and other geographical factors. This city has the potential to see huge growth if a considerable investment is put into the economy – it is a beautiful place to live and people would flock here if there was money to be made.”

San Diego is a large city on the coast of California – it plays home to over 1.4 million residents. While it is a sizable metropolitan area, it is often dwarfed by Los Angeles and San Francisco. At present, the economy is made up largely of technology, military, and tourism dollars. The city suffered heavily during the economic recession, with home prices falling more than 30% on average in the city. Billock believes that investing in the marketing industry could have a net positive effect for the entire region, and he wants local officials to help him promote growth in the sector.

“I opened my own marketing agency, VDMG, right in the height of the global financial crisis,” says Billock, “It was a risky decision but it paid off. Many other business owners in the area closed down and I saw the devastation that the economic crisis had on the community and I don’t think San Diego has ever fully recovered. We need to be thinking of innovative ways to create jobs and growth. We can’t continue to make the same mistakes or invest money the same way and expect different results.”

Billock believes that San Diego has the ability to become an advertising powerhouse like London or New York. The city of New York has been able to attract large advertising agencies that employ thousands of individuals globally – the same goes for London. This doesn’t just impact those agencies themselves, it also helps promote the products of their clients – this is a downstream benefit that Billock believes would be very beneficial to San Diego.

“What people fail to see is that there are a lot of benefits that come along with investing in an industry like advertising,” Billock says, “Not only does it create jobs and revenue for the advertising industry, it helps increase the productivity of other industries throughout the area. If you have good advertising agencies in your area, you’ll be better equipped to help local businesses improve their sales and gain entry into the marketplace. This also works for companies who are exporting goods overseas.”

The advertising agency is fairly small in San Diego for the time being. There are a few boutique firms, such as VDMG, which have loyal customer bases, but some bigger companies opt to work with agencies in other cities because of the limited supply. San Diego would easily be able to take on more capacity for other agencies, and doing so would also improve the options available to producers. Billock believes there are a number of different ways that local officials can help grow the industry in San Diego.

“There are countless things local authorities can do to help improve the marketing industry here in San Diego,” Billock says, “And not all of them are big. In fact, even just publishing material saying you’re promoting advertising as an industry can have an impact on the ability for our companies to grow. Another idea is to offer start-up grants to small advertising agencies that can prove they have innovative methods to help clients improve their sales. Or, try and find individuals to set up niche advertising agencies that can help service some of the unique industries that San Diego companies are situated within.”

But Billock doesn’t stop there, he even believes that San Diego could greatly benefit as a city from utilizing marketing themselves. “We have some of the country’s most beautiful coastline this city has more to offer than anyone outside of it seems to realize,” Billock explains, “The city of San Diego could really use the advice of marketing agencies on how to better position itself in terms of tourism. You see a lot of global cities these days that market their tourism offerings in order to entice tourists to come and spend money in the region. If San Diego even puts a small amount of money aside to improve their current advertisement strategy, it would greatly increase the ability of tourists to understand what San Diego has to offer.”

Billock’s advice is unlikely to fall on deaf ears – he has established a serious reputation for himself and his business acumen within the local community. After years of working for smaller advertising agencies, Billock branched out and decided to start his own firm. VDMG was founded over a decade ago and grew from relatively nothing into a company with over $4m in annual revenue. His expertise lies in the direct sales industry – he has become an authority on converting sales for his clients.

A few years ago, Billock stepped back from his full-time role at VDMG, and decided to begin other pursuits. He maintains a financial and managerial interest in VDMG, but has been working on side projects to help better utilize his skillset. As an avid surfer, Billock at one stage moved to San Diego and ran a marketing consulting firm remotely which helped small companies better utilize marketing strategies to improve sales. He has since returned to San Diego with the goal of increasing the amount of hands-on marketing work he does with local firms. But he also has bigger plans, one of which includes turning San Diego into the marketing hub that he believes it can be.

“San Francisco has tech, Los Angeles has entertainment, I don’t see why San Diego can’t have marketing as its industry focal point,” Billock says, “California is a state of winners, as well as a state of natural beauty, it easily has the ability to attract top talent from around the globe. If you look at most marketing graduates at this stage, they normally opt to work in New York. But if you could make San Diego a marketing hot spot, I think you would see a fair few top students opting to head to sunny California over the Big Apple.”

The idea isn’t as far-fetched as it seems, countries and industries from around the globe have managed to do similar things with various industries. Singapore, for example, has become the tech capital for Asia despite being smaller than many U.S. cities. And why has Singapore been so much more successful at modernizing than their much larger and resourceful neighbor, Malaysia? It is largely down to a strategy enacted decades ago to specialize in specific industries and pouring money into developing those industries. Once these industries grew a presence, it caused other businesses and competitors to move to the area as well to both learn and compete with one another. This has created an ever-enlarging economy that would rival almost anywhere on earth. While Billock doesn’t have similarly large plans for San Diego, he most certainly wants them to use a similar strategy.

“By specializing in certain industries, a city like San Diego can see continual growth in those sectors,” Billock says, “Think about all the companies servicing energy and resource companies in Houston, they’re largely there because there is  an established industry that everyone can feed off of.”

And for those who think that Billock may be doing this out of a completely self-centered interest, he assures his critics this is not the case.

“If I wanted what is best for myself and VDMG in the short term, I would create a monopoly on the marketing industry in San Diego to the best of my abilities,” explains Billock, “Having additional marketing companies come to the city would not be beneficial as it creates competitors, but in the long run it’s an awesome thing for our industry and our city.”

If you or anyone you know would benefit from the advice or services of Neil Billock or his agency, head to his personal URL at — http://neilbillock.com/ — for more information.

The coronavirus or COVID-19 pandemic has adversely affected the lives of many in ways we’ve never expected. Here are some articles to help your small business survive these trying times, and the possible recession that may follow, … END_OF_DOCUMENT_TOKEN_TO_BE_REPLACED

Have you ever dreamed of starting your own small or home business, but don't know what business to start? There are many types of businesses that you can do from your own … END_OF_DOCUMENT_TOKEN_TO_BE_REPLACED