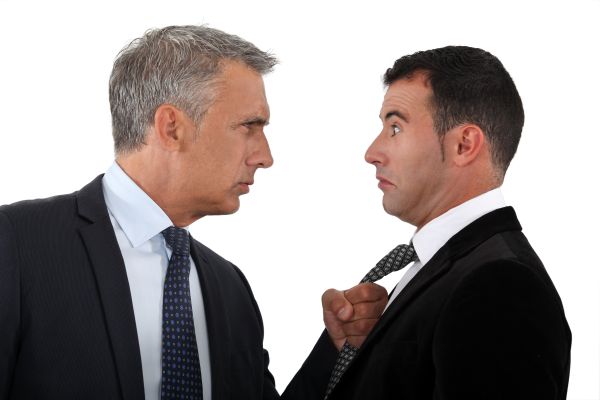 When control is in the picture it is a lose/lose proposition.

First, it is an illusion that anyone can control a person or a situation. The need to control is born of fear, lack of trust and insecurity. A person who feels it is necessary to control is robbed of a sense of well being. In business, control or the attempt to control can occur in many venues.

The attempt to control can go on at the top between partners or anywhere else in the organization where two or more people work together. It may be between a group of managers, or between a CEO and direct report. It can be a manager and the team for whom he or she is responsible. It might be an owner CEO and stock holders, or a member of the board of directors. Family members such as siblings often attempt to control each other, or a father hands the business to his son, but won’t let go of the reins.

When someone attempts to control, they expend enormous mental and emotional energy to hold things within boundaries. Controlling behavior is constrictive and confining. It takes its toll on one’s ability to function in a healthy, stress free and creative manner.

In business where the desirable goals are growth, expansion and creativity, this constricting behavior imposes the loss of these elements and seriously affects the bottom line. Here are some ways in which this loss is manifested:

An example of controlling behavior is Lance, who was promoted to manager of a department in the bank where his expert financial skills earned him recognition. However, no one thought about or realized his people skills were not developed. He had never had any training in how to be a manager. Now faced with his new challenge his previous level of self confidence diminished to zero. But since he didn’t want anyone to know it, he remained hidden a lot in his office, didn’t interact in a personal way with his team members, and micro-managed them by requiring them to get his ok on everything they did, even ordering paper clips. The result was a demoralized, low functioning team made up of disgruntled members who felt devalued and lacked motivation to be creative and productive. This type of control, as in all controlling behavior, besides debilitating to the individuals involved, negatively affects the bottom line of the business.

It is more cost effective not to place people in positions requiring skills and talents beyond their present level. A more positive solution would be to offer the candidate for promotion the opportunity for personal development through coaching.

When partnerships are made up of family members it is even more pronounced. For example, older siblings may boss younger ones. They may diminish, victimize, browbeat, threaten or protect. Younger ones may be defiant or fall victim.

Obviously, not only their relationship but the business and all of those involved in it will pay the price.

How to Stop Controlling Behavior

Coaching can be beneficial for anyone in an organization who exhibits controlling behavior. The first step to getting the behavior under control is self-awareness and that can be accelerated with the help of a coach. Then, as awareness is developed, previously negative situations can be turned around to be win/win for everyone.

Dorene Lehavi, Ph.D. is principal of Next Level Business and Professional Coaching. She coaches Professionals and Business Partners and teaches teleclasses on techniques to break through barriers to the next level. Dr. Lehavi offers a complimentary coaching session so you can experience how coaching can work for you. Contact Dr. Lehavi at Dorene@CoachingforYourNextLevel.com or on the web at Http://www.CoachingforYourNextLevel.com

The coronavirus or COVID-19 pandemic has adversely affected the lives of many in ways we’ve never expected. Here are some articles to help your small business survive these trying times, and the possible recession that may follow, … END_OF_DOCUMENT_TOKEN_TO_BE_REPLACED

Have you ever dreamed of starting your own small or home business, but don't know what business to start? There are many types of businesses that you can do from your own … END_OF_DOCUMENT_TOKEN_TO_BE_REPLACED