Right or wrong, people form a perception about how competent you are by how you present yourself when you stand and speak. They also form perceptions about the company you represent based on your performance. In fact, public speaking is an easy way to set yourself apart from your competition, because when you stand up and say what you want to say, they way that you want to say it, you are doing what 95% of the people in the audience wish they could do. A person who is confident in front of a group gives off an air of competence, whereas a person who fumbles might leave a negative impression. 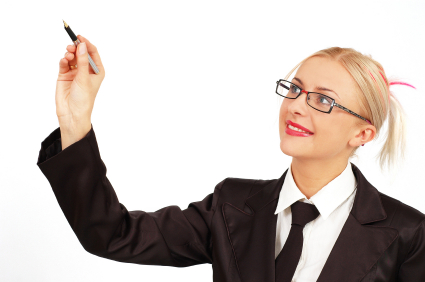 When I was in college, I had an internship with a major oil company, and at the end of the summer, I had to present a summary of my internship to a group of department managers and vice-presidents. I was the youngest person in the room, just 20. Many of the other interns were graduate students who were much more comfortable in front of a group. When I spoke, I could feel the sweat beads on my forehead, and I could see my hands shaking. The butterflies in my stomach were uncontrollable. After the presentation, I asked myself, “If I were the decision-maker in that room, and I only had one permanent position to offer, would I choose me?” I had to answer “no.” Over the next few years, I trained with some of the most successful public speaking coaches in the country. Since then, I have spoken before thousands of people, and coached hundreds of managers, executives, and other leaders on how to present more effectively to groups.

Below are some of the key public speaking tips that I have found that really work.

1. Realize 90% of nervousness doesn’t even show.

The audience usually can’t see the butterflies, or shaky hands, or sweaty palms. The problem occurs when we start thinking about these symptoms rather than focusing on the audience and our topic. By human nature, most people are focused on themselves not on you. Focus on them and two things will happen: 1) they will like you more, and 2) much of the nervousness that you feel will go away.

2. Add some enthusiasm to your talk.

Your audience will never be more excited about your talk than you are, so give them some energy, and they will give it back to you. Walk about a half step faster. Smile. Let your gestures and voice emphasis come naturally. Don’t over do it, but give more energy than what you normally would.

3. Limit your talk to a few key points.

Narrow down your topic to either one key point for a short talk, or thee key point for a longer talk (a talk longer than 30-minutes.) Ask yourself, “If my audience only remembered one thing from my talk, what would be most important thing for them to remember?” The reason this is so important is that the human mind likes to think of only one thing at a time. For instance, think of the Statue of Liberty. What do you see? You probably see a picture in your mind of the statue. Now think of a pink elephant. Again, you probably see a picture in your mind, but the important question is…where did the statue go? Your mind can only truly focus on one thing at a time. As you add additional points, each previous point will become diluted. The more points your presentation has, the less focus the audience will have on each individual point.

Don’t tell little white lies, but do tell anecdotes and personal experiences. Stories build rapport with your audience, and they give you more credibility. Your audience will remember your stories a lot longer than they will remember your talking points. I heard Les Brown, a famous motivational speaker, years ago, and he told a story about how a man in his hometown went around the town square holding two baby dolls and squawking like a chicken. Kids in town made fun of him, but Les found out that this man’s house had caught on fire, and his two baby girls died in the blaze. The man attempted to go in and save them many times, but the heat was too great. When his brother-in-law showed up, he verbally assaulted the man calling him a chicken for not going in to save his girls. Ever since then, the man has not spoken a word — instead he just clucks like a chicken. I heard this story years ago, and I can’t remember the specific point Les Brown was making on stage. I do remember the “chicken-man,” though, and I frequently think about how I should get all the facts before passing judgment on people. Les Brown’s stories have longevity, and your stories will have that type of impact as well.

5. When in doubt, speak from the heart.

Let your audience see the real you, and you will have a great speaking performance.

The coronavirus or COVID-19 pandemic has adversely affected the lives of many in ways we’ve never expected. Here are some articles to help your small business survive these trying times, and the possible recession that may follow, … END_OF_DOCUMENT_TOKEN_TO_BE_REPLACED

Have you ever dreamed of starting your own small or home business, but don't know what business to start? There are many types of businesses that you can do from your own … END_OF_DOCUMENT_TOKEN_TO_BE_REPLACED