You are here: Home / Leadership / Book Reviews / Book Excerpt: The Money is the Gravy Finding the Career that Nourishes You

Below is an excerpt of the Chapter 1 from the book The Money Is the Gravy: Finding the Career That Nourishes You

by John Clark. Reprinted with permission from the publisher: 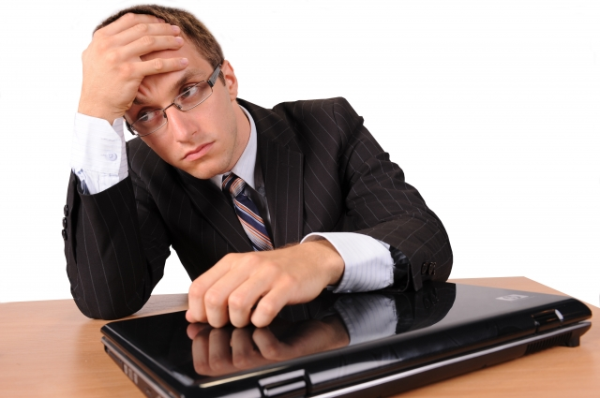 “Go west, young man,” they said a century ago. Today, they say, to young men and women alike, “Go find a career.”

They say, or slyly imply, that a career will bring health, wealth, and happiness. But it’s a con. Careers may well bring wealth, but all too often they harm health and lock out happiness.

What careers most often bring is angst. They should come with a government warning: CAREERS CAN BE HAZARDOUS TO YOUR HEALTH.

You think I’m exaggerating? Sadly, the angst-ridden achievers described in the next few pages are not abnormal. They and their like abound in every career you can name…

Maggie has finally made it. She has just become a partner in an international accounting firm. It is for this that she has striven so hard over the past eight years. And it has been hard. There was a time when accountants simply had to process and bill the work that came in the door. Now to become a partner in the firm, Maggie has had to prove that she could develop staff, build new business, manage client relationships, plus meet a huge fees budget. On top of all that she has had an infant daughter to look after. Little wonder that over the last three years she has usually ended up back at the office after dinner.

For years the goal in front of her has been to become a partner. Yet the expected feeling of triumph is lacking. A line from a Peggy Lee song keeps running through her head: Is that all there is? Her goal having been achieved, it now seems empty, worthless. Indeed, her whole working life seems empty. Which, she tells herself, is absurd- how can it be empty when at the same time it is too busy, too full?

In those all-too-few hours that Maggie spends relaxing with her husband and daughter, it often strikes her that Maggie-the-accountant is an adopted persona, a facade that she presents to the world. But if that is so, who is the real Maggie inside the facade? There she draws a blank. Inside the facade is-nothing. Hello, she feels like shouting, is anyone in there?

For the last few years Maggie has been constantly, numbingly weary. Nothing seems to help: not sleep, not vacations, not vitamin tablets, not exercise. She tells herself that this simply reflects an overbusy life. But often she finds herself thinking that both the weariness and the busyness are rooted in her feeling of emptiness, and that this in turn has something to do with her career choice. This thought is unwelcome; she banishes it. Or tries to; but like a boomerang, it keeps returning.

Most would judge Phil’s career to have been successful. He heads one of the three divisions of a major bank, reporting directly to the CEO. But he feels that he has failed. Two years ago he was overlooked for the top job; now he suspects that it will never come his way. Phil buries himself in his work. He grumbles bitterly to his long-suffering wife, Emily, about the demands placed on him. He tells her that the new CEO is “not up to it” and relies on Phil to keep him out of trouble. And he complains that his own senior staff verge on the incompetent.

Emily is Phil’s second wife. He has two children by his first marriage but doesn’t see much of them, even though they live with their mother only ten minutes away. When they were young, he seldom arrived home before they were in bed. As they grew older, he took a perfunctory interest in their sports and grudgingly helped with their homework on occasions. They are now at college; his part in their lives is largely confined to writing out checks.

The bank is a convenient scapegoat for everything that is not working in Phil’s life. He likes to portray it as Darth Vader, a malevolent being that has sucked him dry, devoured his energies, poisoned his relationships, and cast its evil shadow over the whole of his life. Yet on and on he toils, deriving little inner nourishment from his work, increasingly estranged from family and isolated from colleagues, drinking too much, declining to take vacations due to him, and desperately clinging to the idea of his own indispensability.

Joanna’s friends call her Wonder Woman. She has been married to Bill, a chemical engineer, for nineteen years. In the first nine of those years, she raised three children almost single-handedly, twice supervised the construction of new family homes, organized four stunningly successful fund-raising drives for local charities, and served on the town council. At age twenty-eight, she began part-time study for a marketing degree, which she completed five years later. She now heads the marketing team in a national retail chain.

Friends, colleagues, people in the community, all see Joanna as achievement and success personified. But secretly she suffers from a profound sense of inadequacy. Often a wave of despair from deep within overwhelms her, a feeling of utter worthlessness. At such times she finds it hard to acknowledge that she has any strengths at all. She sees herself as a complex of ugly weaknesses: an incompetent marketer, an inept manager of staff, a lousy wife and mother. Sooner or later, she thinks, I’ll be exposed for what I am: an impostor, a fraud undeserving of the accolades bestowed on me.

David’s career in the public service has brought him prestige, influence, recognition, and significant financial rewards. Outwardly he is successful. But inwardly he feels hopelessly ensnared in a dense thicket of obligations. At work, colleagues, politicians, staff, other government agencies, and the media make unceasing demands on him. And when he arrives home, his wife and children do the same. His life, it seems, is owned by others. Everyone is sucking energy out of him, but they are not giving him the space to put energy back in.

David regards the gray suit he wears to work each day as an icon for his whole life. He, his friends, his colleagues, dress the same, live in similar houses, share similar interests, and hold similar beliefs. Nothing, it seems, stamps his life as being his life; it is interchangeable with a thousand others. Even his skin seems gray to him. The face he sees each morning in the shaving mirror is strained. No longer do his eyes sparkle; they feel dull, the lids heavy.

His shoulders are always hunched forward. He grinds his teeth in his sleep. Often his stomach feels bloated, but medical tests provide no explanation. Less than a decade to retirement-that is the thought with which David steels himself so that he can continue to show the world the face of a fulfilled civil servant.

Mary still recalls her dad’s proud face on her graduation day five years ago. Now she has a great job in a prominent law firm. Her boss is the firm’s star rainmaker. She becomes centrally involved in most of the major projects that come his way. He has told her she is on a fast track to partnership. A glittering future in her chosen career beckons.

How annoying, then, that an unwelcome thought keeps popping into her mind: This is boring, boring, boring. It’s absurd, she tells herself-how can she be bored when she is involved in many of the biggest deals in town? She berates herself: Grow up and get real. Work is about earning a living. Count your blessings that you have the skills to become a high earner. And she knuckles down again to the task at hand.

Alas, the nagging voice keeps returning. Over the past year it has become more insistent. Mary finds the thought of progressing along the red career carpet laid before her strangely disturbing.

A Sense of a Life Unlived: Joshua, 39, Manager

Joshua was, it seems, born to manage. Since completing an MBA at Stanford, he has worked in increasingly demanding roles for four multinationals. Now he is with a computer company, heading the operation in one of its major regional markets. From here he could go anywhere in the management world.

Yet for all his success, Joshua is haunted by a sense of having achieved nothing significant. He senses that he could and should have turned his capabilities to far greater account by working in a different field of endeavor: one that remains elusively beyond his imagination to picture.

Looking back on his life, he feels as if he has been a piece of flotsam floating on a current. Not once, he tells himself, has he made a genuine decision of far-reaching import, where he has consciously weighed up various options and actively shaped his own life.

Sometimes the image comes into his mind of himself as a baby, lying bright-eyed in his cradle: a bundle of potentialities just waiting to be realized and, when realized, sure to bring joy and vitality to himself as well as enriching the world in which he lives. He senses that he has not become the person that baby was capable of becoming. Only a few, and not the most potent, of those possibilities have been converted into realities. This is a disturbing image, and Joshua chooses not to dwell on it. The die is set, he has commitments, and anyway he doesn’t know what else he would do even if he had the chance. He hunkers down grimly to grind through the remaining years of his career.

If This is Success, Who Needs Failure?

Maggie, Phil, Joanna, David, Mary, Joshua-all have succeeded, and are succeeding, in their careers. And their prize? Angst in its manifold forms. Bitter and bored. Empty and weary. Estranged and isolated. Insecure and entrapped. Sensing wasted talents and lost opportunities. If that’s how you want to be, go find a career.