You are here: Home / Internet Marketing / Social Media / What is Dark Marketing and Alternative Reality Games (ARG)?
Share via 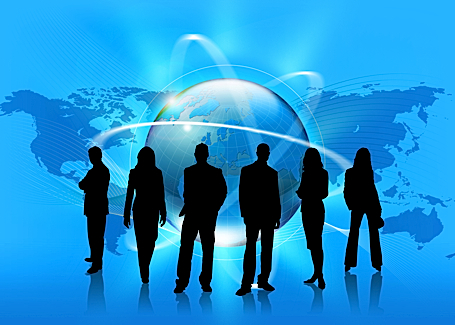 Dark Marketing is slowly making its way into the advertising lexicon, and for good reason. Rock bands like Nine Inch Nails and burger giant McDonalds have unleashed its brand engagement and reinforcement capabilities with results marketing chiefs can cheer.
But, for many in the industry, the term is still more likely to conjure an image of Darth Vader opening a bag of Cool Ranch Doritos instead of what the concept delivers: legions of brand enthusiasts actively participating in an artfully designed and carefully executed brand marketing campaign that spans countries and continents.

Let there be Light

Dark Marketing isn’t sinister, but it borders on covert. At its core is the alternative reality game (ARG), a complex, creative and purposeful scenario that brings brands to life.

ARGs are interactive narratives that comprise fiction and nonfiction, mystery and detection and scripted and unscripted activities that invite participation. The games unfold on (and are made possible by) multiple forms of traditional and online media. ARGs may use telephones, e-mail, outdoor signage, t-shirts, television, social networks, music, blogs and more to introduce an engaging storyline, motivate behavior, reveal game clues and advance the narrative in ways that hold player interest.

Take, for example, Microsoft’s “I Love Bees” campaign used to promote the launch of Halo 2, a hit video game. It’s a great illustration of how ARGs go under the radar of traditional marketing to rally consumers to the brand.

Microsoft launched the game by FedEx-ing jars of honey to several Halo players. A few days later, the promotional trailer for Halo 2 referenced a Web site, ilovebees.com/xbox.com. The Web site provided lists of pay phone numbers, GPS coordinates for the phones and times when each listed number would be called, driving the curious to find the phones and answer the calls. The calls delivered additional clues that advanced the ARG, promoted Halo 2 and reinforced the brand.

From the start of the game until its conclusion (with players earning a preview experience of the Halo 2 game), players and observers visited the I Love Bees Web site for updates on the narrative and new clues about the game. Independent Web sites and forums sprang up, generating game theories, conspiracies, storylines and, of course, marketing buzz.

ARGs work best for brands with target markets that enjoy the aspects of interactive, social games with online components. Commenting on why “I Love Bees” was so successful for Microsoft, James Hilton, creative director for AKQA, the agency that developed the ARG, said, “It worked well for Xbox because its audience is inclined to investigate further, hack into sites and solve problems.” There must be a good fit between the brand, the meaning the brand wishes to communicate, the target market and the story and plot that anchor the ARG.

After determining fit, roll up your sleeves. ARGs demand substantial work — from initial conception through planning and execution. Further, because the storyline can change depending on response from players, ARGs require agility, quick writing and responsiveness from game architects (known as puppet masters) through the game’s conclusion.

Finally, compared to some marketing options, an ARG’s reach can be small. For example, measures of Audi’s success with an ARG referred to reaching 500,000 people. A display ad on the MySpace homepage, for example, could have reached millions. Of course, the attention and involvement components are entirely different for these two examples, and it is important to consider the entire range of benefits and disadvantages associated ARGs and other marketing activities.

Getting to the Dark Side

ARGs engage brand enthusiasts, drive publicity and create buzz. They allow brands to tell their stories creatively, interactively and virally. If you’re ready to give one a shot, follow these guidelines:

As TIVO, iPods and the Internet continue squeezing traditional advertising methods, dark marketing strategies will become a bigger part of the mix.

And for marketers that get it right, this dark side promises plenty of sun.

Dr. Tracy L. Tuten is Associate Professor of Marketing at Longwood University and the author “Advertising 2.0: Social Media Marketing in a Web 2.0 World.” Tuten’s research interests include Web-based survey methods, branding and identity, and online advertising. She serves on the editorial review board for Psychology and Marketing.

The coronavirus or COVID-19 pandemic has adversely affected the lives of many in ways we’ve never expected. Here are some articles to help your small business survive these trying times, and the possible recession that may follow, … END_OF_DOCUMENT_TOKEN_TO_BE_REPLACED

Have you ever dreamed of starting your own small or home business, but don't know what business to start? There are many types of businesses that you can do from your own … END_OF_DOCUMENT_TOKEN_TO_BE_REPLACED