You are here: Home / Financing / Financial Management / How Your Small Business Can Benefit from Bartering
Share via 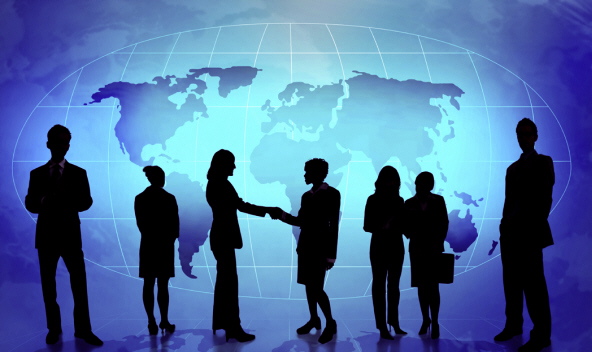 “Barter”, we hear that word a lot these days. Do a Google-search and you’ll be deluged with websites on the subject. But what exactly is barter? Why is barter seeing a huge resurgence especially after the bad economy we’ve had a few years back? How can you get involved with bartering and how can your small business benefit from it?

So, what is barter and why the excitement? Barter, simply put, is the ‘cashless exchange of goods and services between parties’. An example of bartering in business would be a florist exchanging a bouquet of flowers for an oil change at a car repair shop. On an individual basis, it’s what kids do when they “swap” or “exchange” trading cards in the school yard, or if you mow your neighbor’s lawn in exchange for them cleaning your car. These are all examples of bartering.

Benefits: Why Barter, and How Does it Work?

Let’s build on the above examples. Children often have a much simpler outlook on life due to their age and inexperience. Trading things they have but don’t really want for things they do want just makes simple sense. Likewise, as adults, if you hate mowing grass, but enjoy cleaning, the neighborly example just makes sense too. The outcome is still the same, it just gets done in a more enjoyable manner. The next time you’re faced with a chore you dislike, why not ask around your neighborhood, you’re sure to find somebody willing to trade with you.

The benefits for a business owner are just the same, but in a slow economy much more important. Almost every business has the constant burden of cash flow. You’ve heard the expression “Too much month at the end of the money”? Well, since most business owners have double the bills to pay (a personal mortgage and rent for their company, two utility bills, etc.) and are totally responsible for the amount of money that comes in, the flow of money is twice as important to them. Let’s break down the example above to see how it works.

The florist has already bought and paid for the flowers (they are in her inventory as a perishable item.) What does it really cost her to put together a $35 bunch of flowers? Her cost (cost of goods) is probably about $15, if it was any higher, she would not have the gross margin available to cover her overhead (rent, insurance, marketing, salaries, etc.) So, if she trades that $35 bunch of flowers for an oil change she would have paid $35 cash for, here are her benefits:

How does this benefit the mechanic? It helps him in much the same way. He saves himself the cash outlay for the flowers, she becomes a new customer, she may recommend him to her friends and associates, and he filled some dead or down time he had.

Admittedly, that does seem a laborious way to save $20, so what’s the big deal if companies are saving so little? The above scenario was an example of traditional barter or what is called reciprocal trading (just like the old days, two parties trading with each other.) Even though it seems a small saving, it’s actually almost a 50% cost reduction. What if you could save 50% on other things? Construction work, landscaping, printing, perhaps put on a new roof, take a vacation, do more advertising, or repave your parking lot? If done correctly, from an economical point of view, bartering is actually better than using cash, because it is creating something from nothing. Or to put it another way, bartering takes your surplus (time, inventory, or capacity) and turns it into useful things you would have had to spend money on. Now that makes sense in any economy!

The Challenge of Traditional Barter vs. A Barter Exchange

Any smart business owner would love to be able to save 50% on their cash expenses. Some of the problems with traditional barter are:

Let’s tackle these points in order.

Even though many business owners have more time on their hands and could spend that time calling around other businesses looking for a trade, most are not hardened sales professionals. Can you really imagine the florist phoning 30 mechanics to see who wanted to swap flowers for an oil change? Now imagine her dilemma trying to find a roofing company! Most business owners can’t be bothered, so they usually just spend the cash or go without.

Let’s just say she does find a roofing company that is willing to take on the job, do they want the flowers right now? Perhaps they want a $150 bouquet for the next 34 weeks, or they need the flowers for an upcoming wedding. That is all extra stuff to keep track of and budget for.

Since they are both experts in their own fields, they know their own value, but what ensures that they have a good deal happening? This point is so closely linked to the next, I’ve decided to expand more there.

Horror stories abound with people trying to barter with others and not getting a fair deal: either they give their stuff and the other party doesn’t reciprocate, or they short them, or it simply doesn’t happen as planned. Obviously, there is no benefit to something that doesn’t happen correctly, but how do you ensure it is fair for all concerned?

Because of the above pitfalls and problems, organizations specializing in bartering emerged in the mid-1950s called barter exchanges. Many early barter companies encountered some challenges, but because of their need, some improvements in the industry have been made. Even using an organized barter company from the last century had its problems (inflated pricing, cash-blends negating the savings benefits, cash business converting to barter, and under the table deals.)

One way to minimize the above risks is to use a barter exchange service, which makes the whole process of bartering more seamless and fair to parties concerned.

How Do Barter Exchanges Work?

Barter exchanges help facilitate the buying and selling needs of their customers. There are national barter exchange networks, and several regional or state-specific networks. Examples of barter exchanges include the International Monetary Systems (IMSBarter.com), Bartersys.com for businesses in the Maryland, Washington D.C. and Virginia areas, NCBarter.com for North Carolina businesses, TheBarterCompany.com for the southeast region, and many more

By acting as both the bank and the co-ordinator between transactions, an exchange is able to control how trades are handled. In simple terms, demand for goods and services comes into the exchange from the members around the US. From there, the barter experts co-ordinate where that demand goes. Nothing is traded directly, so there are none of the challenges of one party going first, then not getting stuff in return. The exchange brokers keep track of everything via their sophisticated software platform, transferring barter dollars as credits for the equal cash value of trades.

Uncle Sam and the Tax Implications?

Obviously, any form of commerce has the interest of Uncle Sam. Back in 1982, an act of Congress deemed all barter companies the same as banks and credit card companies (“Third Party Record Keepers”) as such they must issue 1099b forms to members each year, and all transactions are treated the same as cash for reporting needs. See the IRS website for more details: http://www.irs.gov/taxtopics/tc420.html.

All in all, barter – when done correctly via barter exchanges – can be an incredibly positive business and marketing tool for any company big or small. The main point, do your research, don’t be rushed in to a direct trade, and make sure they adhere to bartering standards:

Barter is a lot of fun, and you don’t have to be in business to enjoy it – remember when you used to trade baseball cards? It’s basically the same thing. In that scenario though, can you imagine trading your baseball cards for a new car or a vacation? That would surely be a school kid’s dream come true!

The coronavirus or COVID-19 pandemic has adversely affected the lives of many in ways we’ve never expected. Here are some articles to help your small business survive these trying times, and the possible recession that may follow, … END_OF_DOCUMENT_TOKEN_TO_BE_REPLACED

Have you ever dreamed of starting your own small or home business, but don't know what business to start? There are many types of businesses that you can do from your own … END_OF_DOCUMENT_TOKEN_TO_BE_REPLACED