You are here: Home / Financing / Finance a Business / What Makes You Eligible for Venture Capital?
Share via

A budding company or one facing major financial crisis can find solution to all its financial hurdles with Venture Capital. Unlike banks, Venture Capital firms are an important source of long-term growth capital. 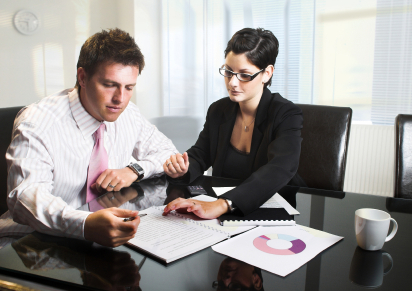 Venture capital firms and individuals are interested in many of the same factors that influence bankers in their analysis of loan applications from smaller companies. Though banks look at the immediate future of a small company, they are most heavily influenced by its past. Venture capitalists look at the long-term future of the company. Banks are creditors while venture firms are owners. They hold stock in the company, adding their invested capital to its equity base. Therefore, they examine existing or planned products or services and the potential markets for them with extreme care. They invest only in firms they believe can rapidly increase sales and generate substantial profits. Venture capitalists look more closely at the features of the product and the size of the market than do commercial banks.

Venture capitalists invest in long-term capital and not for interest income. They look for three to five times their investment in five or seven years. The job of the venture capitalists is to find venture projects with this appreciation potential to make up for investments that aren’t successful.

It’s difficult to forecast the productivity of an early stage company. Hence, these venture capitalists set rigorous policies for venture proposal size, maturity of the seeking company, requirements and evaluation procedures to reduce risks, since their investments are unprotected in the event of failure.

Most venture capital firms’ investment interest is limited to projects proposed by companies with a sound operating history. Profits made by those companies aren’t given much precedence before an investment decision is made. Companies that can expand into a new product line or a new market with additional funds are particularly interesting. The venture capitalists provide funds to enable such companies to grow in a spurt rather than gradually as they would on retained earnings. There’re a large number of start up companies that get financial help from venture firms.

Venture capitalists see that capital investment analyses and capital source studies are planned 5 years ahead. The investment analyses should compare rates of return for product, market, or process investment, while the source alternatives should compare the cost and availability of debt and equity and the expected level of retained earnings, which together will support the selected investments. These analyses! and source studies should be prepared quarterly so you may anticipate the financial consequences of changes in the company’s strategy.

But a structured financial planning doesn’t guarantee that you’ll be able to get capital from a venture firm. Not making them, will virtually assure that you won’t receive favorable consideration from venture capitalists.