You are here: Home / Business Ideas / The Business Potential of Same-Sex Marriage
Share via 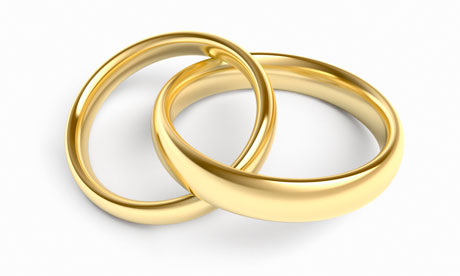 The issue of same-sex marriage is filling every headlines, as states debate the question of the legalization of marriage between gay couples. Massachusetts became the first state to legalize gay marriage in November 2003. To date, 14 states (plus the District of Columbia) have legalized gay marriage, while six other states have allowed civil unions.

Given recent developments, the market for same-sex marriage is increasing and any business catering to this market has significant potential for growth. For entrepreneurs willing to cater to this growing market, this represents a tremendous business opportunity.

In this article, our contributing author weighs in on the financial opportunities gay weddings present.

A. Gay weddings may not be legal in all states just yet, but more states have legalized same-sex unions. Also, commitment ceremonies occur regularly throughout the United States. According to statistics from Girlfriends magazine 31% of couples do intend to settle down into a committed relationship.

Q. What sorts of goods and services will gay couples purchase for their weddings?

A. Gay and lesbian partners who register with Rainbow Wedding Network, the first wedding gift registry specifically for the gay and lesbian community, purchase the same goods and services as heterosexual couples. Overall their commitment ceremonies very closely resemble heterosexual weddings and include, for example: invitations, jewelry (often custom), florists, wedding coordinators and planners, photographers, limousine services, reception halls, and wedding cakes. When it comes to entertainment, couples may opt for musicians, disc jockeys or something a little more unique; yet it is true that gay and lesbian couples want all of the same amenities and services.

They spend a comparable amount of money like straight couples. Like any proud couple, they want their union to be a remembered event. It’s been estimated that lesbians and gays who choose to formalize their relationship spend an average of $15,000 on a wedding.

Q. What attracts gay couples to a business when they look for goods and services for their weddings?

A. Most gay and lesbian couples want to work with businesses that will truly participate with them in the joy of the moment respectfully. This includes the process as well as the ceremony; for instance assisting with picking out just the right engagement ring with the professionalism and enthusiasm that such an occasion warrants. Gays and lesbians often look for businesses advertised in gay publications or that openly support the gay community. If a business owner wishes to work in gay weddings, it is important to establish an advertising presence in local gay publications, to participate in gay-oriented events or to provide services at charities affiliated with the gay community. At the very least, displaying a rainbow flag on a website, marketing materials, or the actual place of business is an easy indication of a gay-friendly attitude and mentality.

Q. Are there other special needs or concerns for gay and lesbians who are being married?

A. Gay couples look for a comfort zone when utilizing the services of a vendor. They also may want to employ some creativity in their approach. For example, a lesbian woman may want to purchase a wedding gown or she may prefer a tuxedo. At RainbowWeddingNetwork, advertisers are screened, and conversed with personally before signing on. Advertising contracts stipulate that discrimination based on sexual orientation will not be tolerated. If a representative of a company does discriminate against a gay couple, the Network immediately has the right to discontinue advertising.

Q. How lucrative is the gay honeymooning market?

A. Many people in the gay community like to pamper themselves, show off, and enjoy life. The spending trend which began with the ceremony continues with the honeymoon. Travel statistics show the American gay and lesbian community represents $47.3 million, or about 10% of the travel industry. Eighty-nine percent hold a valid passport, and 54% budget $3,000 + on a vacation. Not only does the community travel, it travels well and purchases a variety of services while vacationing, to broaden their holiday experience.

Q. What considerations do gay honeymooners have when they select travel services and destinations?

A. Often gay and lesbian honeymooners will do business with a travel agent or travel services that work with openly gay couples, simply to insure that they can travel comfortably; not only enjoy themselves but moreover feel recognized as a couple having the full honeymoon experience.

Q. Is there other special advice to businesses that want to work with gay and lesbian couples?

A. It is most important to remember that gay weddings are not much different from heterosexual unions. These are two people in love who want to pay for respectful service. Treat gay unions as any other, and make certain there is good communication. Dialogue with your gay clients, as you would with any others. This leads to common ground, and the ability to provide the most ideal services for the particular couple with whom you are doing business!

About the Author:
Marianne Puechl is co-owner of www.RainbowWeddingNetwork.com , the first exclusive gay and lesbian wedding registry on-line. The site includes a directory of over 4,000 screened, gay-friendly businesses nationwide and in Canada. RWN was launched in 2000. Article originally published on March 2, 2004

The coronavirus or COVID-19 pandemic has adversely affected the lives of many in ways we’ve never expected. Here are some articles to help your small business survive these trying times, and the possible recession that may follow, … END_OF_DOCUMENT_TOKEN_TO_BE_REPLACED

Have you ever dreamed of starting your own small or home business, but don't know what business to start? There are many types of businesses that you can do from your own … END_OF_DOCUMENT_TOKEN_TO_BE_REPLACED