You are here: Home / Starting a Business / Franchise / Litigation Battles Within a Franchise Business
Share via 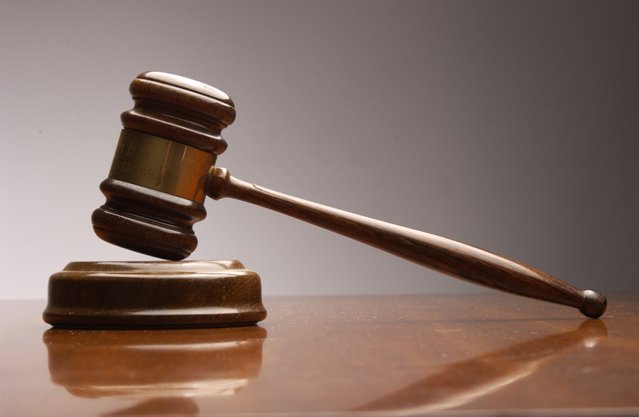 In America, litigation has become very prevalent and you have to be prepared for the possibility of facing a lawsuit or even just the threat of lawsuit. This is especially true for those who dare to become key stakeholders in businesses and franchises. Aside from that, you may find yourself in an unfortunate circumstance where it becomes necessary to raise your own legal complaint against another who violates terms of certain business agreements.

On a positive note, as the concept of franchising has evolved and each new case has been presented in the nation’s courtrooms, it has resulted in franchise lawyers being better prepared to create effective, bullet-proof documentation and contract agreements that anticipate and circumvent similar future litigation. After all, as cases related to franchise business are brought to the court’s attention, it serves to fine-tune the future judicial precedents that were previously considered “gray areas”. Any decent franchise attorney will review these cases as they happen and make the needed adjustments within the creation of future franchise documents.

Despite these advances, there really is no guarantee against litigation. In addition, when you enter into a franchise agreement, you no longer just face threat from competitors, suppliers and customers. Now you can add a litigation threat from various key players within the franchise organization.

Much of this threat can be minimized by simply seeking out the qualified legal counsel during the transaction stage. You also want to make sure you have a thorough understanding of all agreements and contracts that you signed by the time that stage comes to a close.

A litigation battle should be the last resort when trying to resolve a franchise-based dispute. Precedent may be ruled in one parties favor pronouncing them the winner, but in the end, the battle will never really be won.

Common Reasons for Litigation in Franchising

There are typically two common reasons litigation occurs in the franchising world:

1. One party feels as though the terms of the franchise agreement have not been met.

Most franchisee action lawsuits begin with the franchisee alleging that they were promised something in the early stages of the relationship based on a verbal agreement that was decided upon by both parties. Because the verbal agreement often was never indicated in the legal documentation, the franchisee generally doesn’t have a leg to stand on. It’s important to know that promises should never be made, especially if they aren’t intended to transpire into something more.

2. When one party believes the integrity of the business has been jeopardized, or there is activity that is damaging and/or harmful to the business reputation, image, location, etc.

Franchisors may begin a battle of litigation to stop unanticipated action of their franchisees that could deem harmful to the company’s reputation. This could become a long drawn out process, as any case take to court can be, so be sure you’re prepared to back up your claims with substantiated evidence.

How to Avoid Litigation with Franchise Partners

Because a litigation battle is a long, bumpy road that most people don’t intend to travel, here are a few ways you can avoid a drawn out battle with your business partners:

Make sure the franchise opportunity has been fully investigated before spending time and resources into the venture. Carefully view all disclosure documents, franchise agreements, and past litigation history. Speak with current franchisees of the organization in question to make sure the business is being run without conflict. Also, don’t be afraid to ask what the business relationship is like, because ultimately, this could be you someday.

If there are any underlying questions in your mind, be sure to ask. These could end up becoming potential road blocks in the future, so make sure to speak your mind and have all of the information you need to make an educated and honest decision.

3. Without a doubt, get everything in writing.

You want to make sure all disclosure documents, and franchise agreements have been written in agreement with all promises and decisions that have been made by the franchisor and franchisee. This is extremely critical because this will ensure that you don’t end up with legalities on your hands later down the road.

The truth about franchising is that there is no sure-fire success. If ultimately, the decision to buy into a franchise doesn’t work out – take responsibility. Don’t try and pin the failure on someone else because in the long run that’s not going to do you any good. Get humble, ask for help and seek the advice from professionals in the business.

No good franchisor wants to be involved with a failure in the business world, or deal with a long, drawn out litigation battle. The easiest way to avoid both scenarios is to do your research so you know exactly who you’re beginning a business with. Finding someone of the same values and morals as yourself will be your best protection against ending up in litigation within a franchise. If you do find yourself facing a legal battle, arm yourself with a qualified franchise lawyer who can advise you every step of the way.

Dwayne R. Nawrocki works with My Franchise Law helping individuals starting up a new franchise or even those who are currently in a franchise agreement. http://www.myfranchiselaw.com/

The coronavirus or COVID-19 pandemic has adversely affected the lives of many in ways we’ve never expected. Here are some articles to help your small business survive these trying times, and the possible recession that may follow, … END_OF_DOCUMENT_TOKEN_TO_BE_REPLACED

Have you ever dreamed of starting your own small or home business, but don't know what business to start? There are many types of businesses that you can do from your own … END_OF_DOCUMENT_TOKEN_TO_BE_REPLACED