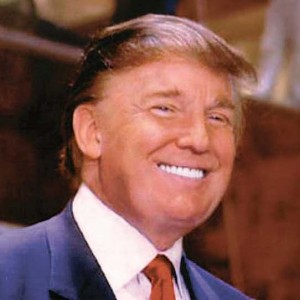 Recently, an interviewer asked me what my greatest fears were. I said I didn’t have any. He seemed surprised, but this is how I see it: If you label something as a fear, then it creates fear when sometimes it’s not a fear but a concern. For example, I know just as well as everyone else that New York City experienced a major terrorist attack and the thought of that is a concern for all of us, because it affects all of us. It’s happened in many places, so it’s a worldwide concern. But if we let it become a firmly rooted fear, the terrorists will have won.

The same applies to business. Do you fear owning a business? Translate that for yourself as asking: Are you concerned about owning a business yourself ? Why? What specifically are those concerns? It’s much easier to break down a concern than it is a fear. Fear creates a block that will only hinder your creative thinking. Objectivity will remove that block and allow for creative ideas to flow.

An antidote to fear is as simple as problem solving. Whether you have investing, estate planning, or running a business on your mind, or all of those things, they can be broken down into units of thought and dealt with in an orderly manner. It’s a bit like a jigsaw puzzle — you need to find the right place for each piece of the puzzle until the whole is apparent.

When I began to construct Trump Tower, for example, I had several things in mind that I knew I wanted. I wanted a certain kind of marble called Breccia Perniche, which was expensive, beautiful, and rare. It was also irregular and had white spots and white veins, which bothered me, so I went to the quarry itself and marked off the best slabs with black tape. Action turned this concern into a problem solved. I got exactly the marble pieces I wanted, and sitting around worrying about whether those pieces would be right or wrong was getting me nowhere. As a result of deciding to go to the quarry myself, the pieces of this puzzle fell into place and the finished product was perfect.

Know that if you want to own your own business, you will be doing a lot of the work yourself. That’s just the way it is. It isn’t all about giving orders or having other people do the legwork or brainwork for you. That comes into the picture, but you should always be ready to go at it yourself. If that idea bothers you, maybe you’d be better off being an employee. If responsibility comes naturally to you, or if you enjoy that challenge, owning your own business is a good fit.

Fear has a way of making things bigger than they are. There’s an old German proverb to the effect that “fear makes the wolf bigger than he is,” and that is true. But the opposite of fear is faith, which is one reason you’ve got to believe in yourself and see yourself as victorious. You will know you are capable of dealing with any discouragements, bullies, or problems along the way.

When I was faced with some huge debts in the early 1990s, it was widely reported that I was finished, done for, gone. Looking at the numbers alone made that seem clear to the media. However, I never believed I was finished. I simply saw that situation as a problem I had to solve and went about doing that. I’m not saying it was easy, because it wasn’t. It was a big problem. But I refused to give in to fear or to believe what was being said about my so-called demise. I came back to become more successful than I ever was, and that’s why I believe business is very much about problem solving. If you can learn to deal with and solve problems, you will have a much bigger margin for success.

Do not allow fear to settle into place in any part of your life. It is a defeating attitude and a negative emotion. Recognize and zap it immediately. Replace it with a problem-solving attitude, faith in yourself, and hard work. Put that formula into working order for yourself and you’ll be dealing from a position of power, not fear. That’s winning.

The above is an excerpt from the book Think Like a Champion: An Informal Education In Business and Life

by Donald J. Trump. The above excerpt is a digitally scanned reproduction of text from print. Although this excerpt has been proofread, occasional errors may appear due to the scanning process. Please refer to the finished book for accuracy.

Copyright © 2012 Donald J. Trump, author of Think Like a Champion: An Informal Education In Business and Life

Donald J. Trump, author of Think Like a Champion: An Informal Education In Business and Life, is the very definition of the American success story, continually setting standards of excellence while expanding his passionate interests in real estate, gaming, sports, and entertainment, which include runaway hits The Apprentice and The Celebrity Apprentice. He is one of the most recognizable and credible “brands” in the world. Trump is the Number One New York Times bestselling author of The Art of the Deal, Surviving at the Top, The Art of the Comeback, and How to Get Rich, as well as other books that have changed and enhanced the lives of millions of people. An ardent philanthropist for many years, Trump is involved with numerous civic and charitable organizations, and has always felt that giving back adds a sense of perspective and substance to anyone’s life.

The coronavirus or COVID-19 pandemic has adversely affected the lives of many in ways we’ve never expected. Here are some articles to help your small business survive these trying times, and the possible recession that may follow, … END_OF_DOCUMENT_TOKEN_TO_BE_REPLACED

Have you ever dreamed of starting your own small or home business, but don't know what business to start? There are many types of businesses that you can do from your own … END_OF_DOCUMENT_TOKEN_TO_BE_REPLACED