You are here: Home / Marketing / Branding / Be First, Best or Different
Share via

“You either have to be first, best, or different.” I found this quote on a quote board so I don’t know what country music singer Loretta Lynn was referring to when she said it, but it seemed a perfect summation of what your business must be when you’re starting out. 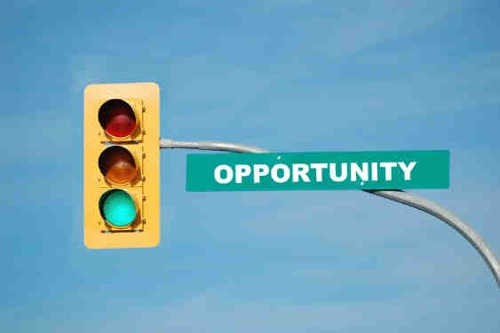 Being First is Optimal

If you’ve planned carefully you can flood the market with your product or service immediately after opening and your business has a low barrier to entry. Unfortunately, that’s not the case with most companies.

There can only be one first in any category or industry. You were either first or you weren’t.

Being first won’t ensure your success if better and different comes along before you’ve established yourself.

There’s Only One Best

Of course, best can fluctuate from year to year given any number of factors. We see this in the car industry: “Won best in it’s class in consumer tests.” We see it in TV show ratings. One year everyone’s watching Big Brother the next year they’re hooked on Survivor.

So to stay the best, you have to anticipate what the market needs and wants and keep your current customers happy or they’ll go looking for the companies offering something different.

I’m reading Martha Stewart’s book, The Martha Rules in which she outlines ten business principles for entrepreneurs. Aside from her too recent mentions of her stay in the big house, the book contains solid basic business advice.

In the book, she says the way to be successful is to take something that people already do and figure out a way to make it better. It’s obvious, she has built her whole empire on that premise.

Think about it…everyone entertains. Martha wrote a book about how to entertain better. Martha’s program regularly shows people how to be better and different doing ordinary things.

In her book, Martha claims she was the first person to write a book on entertaining. If that’s true, then she covets the “first” category for her industry.

She is also seen as the best in many of the categories she represents. I think Julia Child is still considered the best for the cooking category.

Something that often happens, is that the first also grabs the best category because they’re the ones who set the standard for everyone else who followed.

Be Different to Thrive

Given first and best are going to account for only one or two companies at the most that means everyone else had better be different if they plan to survive.

An example of this principle is the mp3 player. I received one of the nifty, big iPods that holds a gazillion songs and plays video for Christmas. It was a requested gift. I didn’t want just any mp3 player, I wanted that particular one. Why? Because it’s the best.

A word about “the best”. The best doesn’t mean that the product is actually better than the other products available, it’s that the consumer believes it’s better.

A great example of this is Apple and Microsoft’s early operating systems. Apple’s technology was better-ask just about any technology guru, but the public believed Windows was better, so Windows outsold Apple. It’s all about perception.

With Apple’s mp3 products being perceived as the best and the first mp3 player introduced, Eiger Labs MPMan, no longer being available then other mp3 developers have had to go the different route, but none have been able to steal much business from Apple.

Being different keeps companies in the game and receiving market share even if they weren’t the first and aren’t the best.

Or what about Trader Joe’s? They aren’t the best grocery store, but they carry different products from other grocery store chains.

Another great example is Victoria’s Secret. While department stores hide the “unmentionables” in the corner of their top floor, Victoria’s Secret decided to be different and hang them in the window right in the middle of the mall and even paraded them around on National TV.

So What Are You?

Were you the first? Was your product the first of its kind? Are you the best? Or does the market perceive you as the best? If you answered no to the first two sets of questions then you better have an answer to the third option:

How are you different from who’s first, who’s the best and everyone else in your industry?

New Business Mentor Leah Grant publishes Startup Success, a weekly enewsletter. If you\’re thinking about starting a new business or are in the early phases of entrepreneurship, get your FR.EE New Business Startup Kit including the Secrets of Successful Business Owners audio at http://www.leahgrant.com

The coronavirus or COVID-19 pandemic has adversely affected the lives of many in ways we’ve never expected. Here are some articles to help your small business survive these trying times, and the possible recession that may follow, … END_OF_DOCUMENT_TOKEN_TO_BE_REPLACED

Have you ever dreamed of starting your own small or home business, but don't know what business to start? There are many types of businesses that you can do from your own … END_OF_DOCUMENT_TOKEN_TO_BE_REPLACED