You are here: Home / Financing / Personal Finance / Why You Shouldn’t Be Afraid of Debt Settlement
Share via

Debt has real-world consequences. But its negative effects extend beyond your monthly card statement and credit score. According to a recent survey, over half of Americans with debt said it had negatively impacted their lives. Almost a third of respondents worry about debt ‘in general.’ A quarter feels stress about it at bedtime. Nearly a fifth of participants worry about debt at work. As you can see, debt can take a serious toll on people’s mental and physical health.

Oftentimes, the biggest hurdle to resolving debt is knowing when to ask for help. Sometimes it’s even difficult to sit down and take an honest look at your finances. But here’s a closer look at why you shouldn’t be afraid of debt relief strategies.

Handling Debt on Your Own

Some consumers can tackle debt on their own by budgeting, scrimping and putting their savings toward repayment. However, this method hinges on the ability to come up with extra money each month to send to creditors. One advantage is that your credit score won’t take a hit. But one disadvantage is that you’ll still be dealing with potentially high-interest rates.

Without help, many consumers end up making only the minimum payments each month—typically either $25 per card or 1-2 percent of your balance. Potential consequences for continuing this strategy long-term include:

Paying the minimum balance alone keeps debts at bay for a time—but it’s like a pause button. Meanwhile, consumers must continue spending on staples like food, transportation, housing and more. So, while you may not be accruing late fees, you will still have to face your mounting pile of debt at some point. But if your budget is already maxed out based on your income vs. necessary expenditures, it’s admittedly simpler to defer addressing your debt than it is to dive in headfirst. 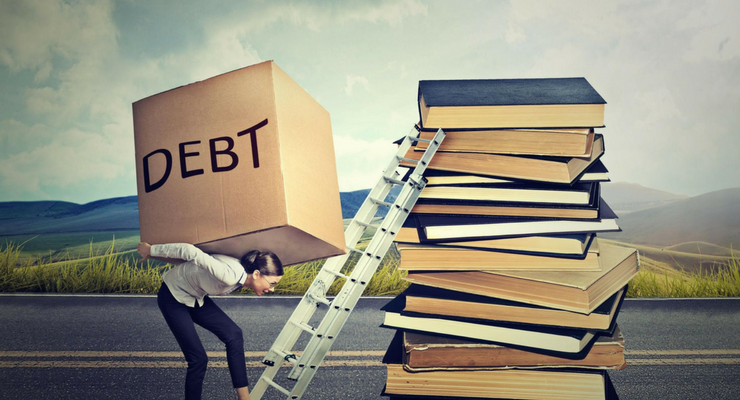 It’s entirely feasible to handle your own debt, but only if you’re able to pay more than your minimum balance consistently. Otherwise, pursuing a debt settlement strategy may be a wiser course of action because it aims to get debts to zero in a set amount of time rather than merely putting them off each month.

What is debt settlement, exactly? Following a settlement plan allows consumers to reduce the principal of their debt by negotiating with creditors rather than trying to pay off debt on their own.

Negotiating with your credit card company may open up new possibilities for repayment. For example, creditors may agree to accept a lower amount than originally owed in the form of a lump sum. Consumers are then responsible for making monthly deposits into a special account until they reach this threshold.

While consumers can assume the task of negotiating with creditors themselves, working with a debt settlement company transfers this responsibility to experienced negotiators. This way, consumers only must worry about making regular payments into a single account rather than haggling with creditors.

Some people pull themselves out of debt on their own by aggressively budgeting and paying more than their minimum balance each month. Others prefer the accountability and assistance of a debt settlement strategy. Either way, consumers should not be afraid to at least explore the pros and cons of debt settlement.