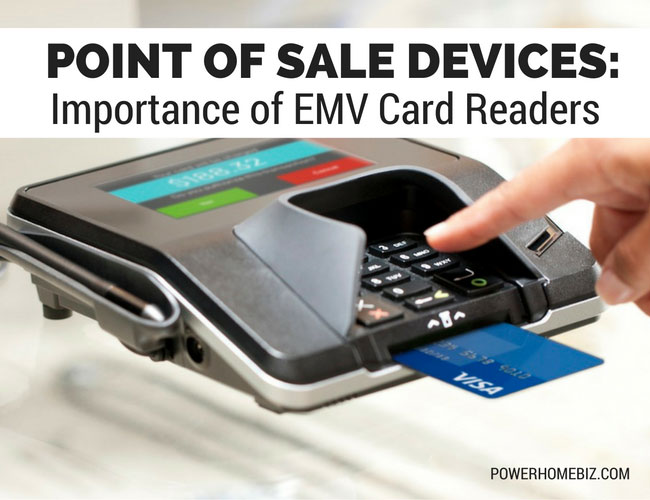 For consumers and customers, cash is no longer king. According to a 2016 Gallup poll, only 24% report that they utilize cash for most of their purchases. Even fewer (53%) individuals report that they utilize cash for more than half of their purchases. The fact that credit cards and debit cards are king and queen means that businesses should invest in technology to allow customers who don’t carry cash to still make a purchase.

As businesses invest in (or upgrade) their point of sale tools to allow the use of credit or debit cards, business owners should realize that they should at least consider purchasing a tool that allows EMV chip credit card transactions.

To get a sense why EMV chips are superior, we need to go back to the beginning.

In the 1960’s banks began to allow card purchases utilizing magnetic strips on the cards. When the card is swiped, the PoS technology reads the information embedded in the magnetic field (the card user’s name, account number and CVV) and sends that information to the issuer of the card for verification.

The technology is seriously outdated. (It’s essentially the same technology utilized by old school cassette tapes). Not surprisingly fraudsters have perfected cheap and easy ways to steal the data and create fake cards. Credit card skimmer technology, for example, can be purchased by thieves for around $20.

>> RELATED: 5 Signs You Should Update Your Point of Sale Processes

EMV chips, on the other hand, are far more secure. The adoption of EMV chips in the United Kingdom from 2005 to 2013, led to a decrease in payment card fraud by around 70%. In Canada, fraud dropped by 49% when EMV technology was implemented.

The chip, unlike the magnetic strip, creates a new transaction code every time the card is utilized. This means that, even if someone had managed to get their hands on the technology to steal the transaction code, the information couldn’t be utilized to create a counterfeit card or to make online purchases.

As an added layer of protection, the chip is now utilized to verify the transaction. The data does not need to be electronically sent to the card issuer for verification. That eliminates another potential method that thieves could utilize to extract sensitive data.

The Cons of EMV Adoption?

Unfortunately, even with the added security, EMV reader adoption isn’t without the potential downsides.

EMV readers can be more expensive. Magnetic strip readers can be purchased for as little as $10. The cheap end of EMV technology runs around $50. Not a huge difference in cost, but the profit margin for smaller businesses is often slim.

EMV purchases can take longer. Magnetic strip card readers only need a few seconds to complete a transaction. Chip readers take around 15 seconds on average. That’s not much of a problem during slow periods, but it can lead to customers waiting in lines for a few more minutes. (That can make customers a tad cranky).

It can be hard to implement new technology. Small business owners who aren’t technology wizards might have a hard time setting up the new technology. That can, if luck isn’t on their side, lead to hours of wasted time — time that could be spent on more productive projects. And if the problem is discovered during a customer transaction, you could potentially waste a customer’s time and lose a sale if they don’t have an alternative means of payment.

If the technology is an expensive, can be a technology hurdle and will slow down workflow, why bother switching? Especially when the fallout from fraudulent purchases are usually covered by credit card companies?

If you don’t switch to an EMV chip reader, your business might be liable for any fraudulent purchases. In October of 2015, financial institutions in the United States implemented a new policy called the EMV Liability Shift.

What is the EMV Liability Shift? When an individual notices and reports fraud the company will be liable (in many cases) for purchases made if the credit card had an EMV chip and the company didn’t have EMV chip compatible technology.

EMV PoS technology (even with it can be a more expensive inconvenience) is a means to safeguard your business from unexpected financial hits. If you can’t afford the technology now, I would recommend creating a financial plan that will allow EMV PoS technology compliance in the future.

Samantha Stauf works in marketing. She writes career and business articles to help professionals navigate the American workplace. She enjoys digging through the IRS tax code a little too much. You can find her utilizing on twitter with the Twitter Handle @Samstauf.