You are here: Home / Online Business / SMBs Unsure of Impact of Social Networking in Reaching Customers 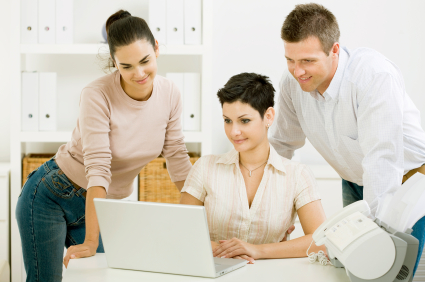 If you are unsure, even unconvinced, of how social media can help you reach customers, then you’re not alone.

According to a survey conducted by RatePoint, only 36 percent of small business entrepreneurs are using sites like Facebook and Twitter. Majority of small business owners, according to the survey results, are not yet convinced that social media plays a large role in gaining customers. About 20 percent even said that they did not think that their customers spent time on sites like Facebook or Twitter.

This is pretty much consistent with some of the talks I have with other business owners. Even in discussions in online forums, I often see comments from small business owners who are not convinced that their customers use social media, or that it can be a viable method for attracting visitors and customers.

On this thread from WebmasterWorld , some users call Twitter and Facebook as  “a real nonsense,” “senseless waste of time,” as well as a “fad that will die a natural death.” Add to that the small business owners who may think there’s benefit to using these social media sites, but don’t know how!

Other findings from the RatePoint study includes:

For me, I’m not as pessimistic as the small business owners surveyed with regards to social media. I’ve seen how it can benefit my businesses, and to others as well. And I’m not one to turn away from free sources of good, targeted traffic.

As Neal Creighton, CEO and co-founder of RatePoint, said, “Social media use is no longer limited to one demographic, everyone is adopting. While many small business owners are uncertain, big brands are investing heavily in social media. Social media can be a great equalizer for small businesses to compete alongside larger brands and SMBs are missing out if they are not involved.”