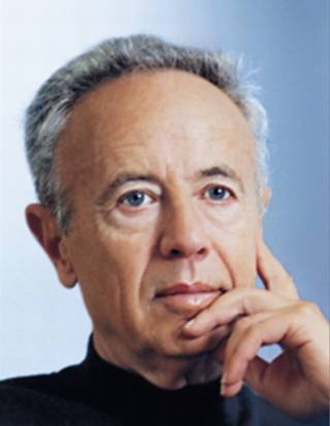 Andrew Stephen (“Andy”) Grove (September 2, 1936 – March 21, 2016), is a Hungarian-born American businessman, engineer, and author. He is a science pioneer in the semiconductor industry. He escaped from Communist-controlled Hungary at the age of 20 and moved to the United States where he finished his education. He later became CEO of Intel Corporation and helped transform the company into the world’s largest manufacturer of semiconductors

In the 1980s Grove concentrated the company’s efforts on manufacturing microprocessors. He was made C.E.O. in 1987. In 1994, a flaw was found in the company’s flagship product, the Pentium processor. Under pressure, Grove made the decision to replace the chips rather than try to tough it out, making Intel’s reputation more reliable.

Gordon Moore, Bob Noyce and Andy Grove were a dissatisfied group of researchers in William Shockley’s research team at Shockley Semiconductor Laboratory in Palo Alto, California. Shockley was a Nobel Prize Winner for his work developing the transistor, and his academic reputation attracted some of the finest minds in electronics to his company.

Shockley’s poor management style however, bred dissatisfaction among his research team. Eventually, they left and formed their own company, The Fairchild Semiconductor. The drain of talent from Shockley’s lab went on after Fairchild to start up some of the best known companies in Silicon Valley.

Asking Grove to come with them, Gordon Moore and Bob Noyce left Fairchild in 1968 to start Intel. The original business plan involved manufacturing a new kind of computer memory using semiconductor technology, and in 1970 the first dynamic random-access memory (DRAM) for commercial use rolled off Intel’s production lines.

Intel had also been approached by a Japanese company, Nippon Calculating Machine Corporation (NCM) to produce logic chips. Intel had already been working on a smaller single chip and offered its own solution. A chip was eventually developed. Instead of the patent rights passing to NCM, Intel retained ownership and licensed manufacturing and selling rights. It was this key decision by Grove and the management team that paved the way for Intel to become the microprocessor giant it is today.

Andrew Grove interview on the topic of innovation