You are here: Home / Starting a Business / Entrepreneurship / Home-Based Lifestyle Entrepreneur: Freedom, Not Money
Share via

In 1998, Sue Schwaderer was making a six-figure salary working for Oracle Software, and her husband, Bill Lawrence, spent his days profitably managing three small apartment buildings they owned in Evanston, Ill. They enjoyed their friends and the attractions of nearby Chicago, but they didn’t enjoy the rat race. “We were tired of never seeing each other and of too much business travel … too much traffic, too many people, too much noise,” she recalls. 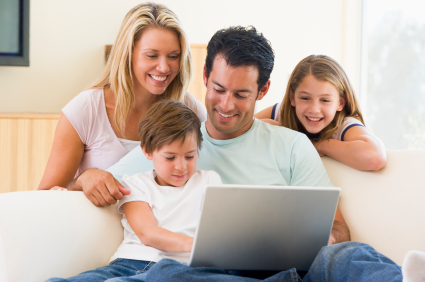 So in 1999, they set out to search for a simpler lifestyle and found it in Saugatuck, Mich., pop. 1,000, a picturesque tourist destination on the shores of Lake Michigan. She quit her job, and they sold the apartments, bought a building and turned it into Twin Gables Inn, a 14-room bed and breakfast. She and her husband run the inn, with the help of seasonal employees, doing everything from marketing strategy to building maintenance.

Today, although their combined income doesn’t match the previous level, the lifestyle has convinced Ms. Schwaderer she did the right thing. The workweek is long during the summer busy season, but winter, when business slows, provides ample time to visit Saugatuck’s many boutiques and galleries, or watch sunsets over the lake. “We have a nice place to live and haven’t cut back on our vacations and disposable-income spending,” she says. “We’ve done well. No complaints at all.”

The term used to describe people like Ms. Schwaderer and Mr. Lawrence is “lifestyle entrepreneur.” It appears to have been coined in 1987 by William Wetzel, a director emeritus of the Center for Venture Research at the University of New Hampshire. Mr. Wetzel was using it then to describe ventures unlikely to generate economic returns robust enough to interest outside investors. “In financial jargon, there’s no upside potential for creating wealth,” he explains.

Today, Mr. Wetzel recognizes lifestyle entrepreneurs as a specific breed of business owner who is neither a financially independent hobbyist nor wealth-seeking empire-builder. “Lifestyle ventures are usually ventures that are run by people who like being their own bosses,” he says. “But they’re in it for the income as well.”

Indeed, lifestyle entrepreneurs offer a different and richer view of success than those who are mainly after wealth accumulation. For them, a business that generates only money is a bust. They want more. Some are after long-recognized boons of business ownership, including freedom from corporate bureaucracy and the ability to make decisions independently. The opportunity to live and work in a more desirable locale, whether it’s at the beach or in the mountains or simply from home, is another popular goal. Others are drawn to less well-known benefits, such as a chance to get off the road-warrior-travel grind, or to work shorter or more flexible schedules.

So far, no one has counted lifestyle entrepreneurs or made much of an effort to study their ranks. That’s surprising, given that creating wealth has been ranked fairly low on the list of motivations for business ownership. A 1999 Lou Harris poll of entrepreneurs indicated that independence, setting their own priorities and balancing work and family were all valued above making more money as reasons for going into business. John Warrillow, a Toronto, Ontario, market researcher who studies small businesses, says his psychographic profile of small-business owners shows only 10% are primarily motivated by business achievement and sales growth. Independence and the desire to master a favored trade or skill motivate most of the rest, according to Mr. Warrillow.

At bottom, lifestyle entrepreneurs’ motivations are intensely and unavoidably personal. To provide more insight into the forces triggering lifestyle business ownership, StartupJournal.com talked to three lifestyle entrepreneurs who fit into some of the largest categories. Those include lifestyle ventures specifically designed to allow the owner to work from home and care for dependents, to provide independence, and to let the owner do particularly desirable work.

After her daughter was born, Lesley Spencer returned to her job as a tour coordinator for a golf school. It took only two weeks to convince her she needed to work from home. She quit and, after trying a few different ideas, in 1995 launched Home Based Working Moms, an association for mothers who want to keep working without leaving their children.

Today Mrs. Spencer, now the mother of a son as well, spends 20 to 30 hours a week running the association and its Web site from her Austin, Texas, home. Her earnings as founder and director of the membership group equal what she made while employed and, after her youngest enters kindergarten next year, she will be able to decide whether she wants to grow the business. She isn’t sure how she’ll decide. “I don’t want to be wealthy,” she says. “I just want to contribute to the family’s income.” Meanwhile, she feels she has already collected the major payoff of starting her business. “It has allowed me to put my family first.”

The Search for Independence

The desire for independence is another major lifestyle objective. “I just didn’t like working for anyone anymore,” says Jill Lublin, who left a publicity job with an independent record company and started her own publicity company five years ago. She wanted to do more speaking and writing, to travel more, and to set her own hours.

As owner of Promising Promotion, Novato, Calif., Ms. Lublin has been able to co-author a book, “Guerrilla Publicity” with Jay Conrad Levinson and Rich Frishman (Adams Media, 2002) and travel extensively. “I love my entrepreneur lifestyle and wouldn’t trade it for anything,” she says.

In Pursuit of Meaningful Work

Michelle Paster, a Boston-area public-schools teacher, grew tired of bureaucratic and other distractions while working with learning-disabled children. She resigned her position to start LearningWorks Inc., a Newton Centre, Mass., firm that tutors special-needs students and helps school districts design programs for them.

As the owner of her own business, she spends more time actually working with children, Ms. Paster says. She also gets to work with the same children for years instead of a few months. “It’s very rewarding,” Ms. Paster says of her experience as a lifestyle business owner. “And when you’re successful with a kid, it’s a great feeling.”

The coronavirus or COVID-19 pandemic has adversely affected the lives of many in ways we’ve never expected. Here are some articles to help your small business survive these trying times, and the possible recession that may follow, … END_OF_DOCUMENT_TOKEN_TO_BE_REPLACED

Have you ever dreamed of starting your own small or home business, but don't know what business to start? There are many types of businesses that you can do from your own … END_OF_DOCUMENT_TOKEN_TO_BE_REPLACED