You are here: Home / Starting a Business / Business Structure / How to Add a Partner to an S Corporation
Share via

QUESTION on How to Add a Partner to an S Corporation

I just established an S-Corp and want to add someone as an equal partner/shareholder. At setup, I bought 1000 shares of the 5000. Do I just sell him 1000 shares and make him my Vice President or CTO? Thanks

You generally have the right idea. Just remember that, as a corporation, there are certain formalities that must be followed. A corporation consists of one or more shareholders, a board of directors and officers–and each one plays a specific role. Even though yours might be a one-man corporation right now, you’ll have to act in your separate capacities as shareholder and director for what you are trying to do.

The directors of a corporation are empowered to, among other things, authorize the issuance of stock and elect corporate officers. Acting as the sole director of the corporation, you would sign a board resolution in your capacity as director documenting the issuance of stock to the individual you wish to add as a shareholder. His percentage of ownership in the corporation will be in proportion to the amount of shares purchased. Keep in mind that an S corporation, unlike a regular “C” corporation, has limitations on the type and number of shareholders it can have. The shareholders of an S corporation must be either U.S. citizens or residents. (They cannot be nonresident aliens.) 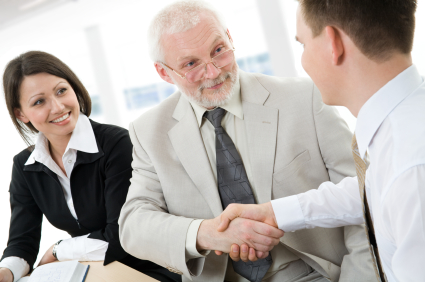 Officers are responsible for the day-to-day management of the S corporation. The election of the individual as an officer of the corporation is an action that is separate from his stock issuance and should also be documented via a board resolution. All board resolutions (and meeting minutes) should be kept on file as part of the corporate records.

The shareholders of a corporation also have unique decision-making rights, including the right to elect (or remove) directors. The individual’s appointment as a director of the corporation will require a shareholder resolution which should also be filed in the corporate minutes book.

It might sound like a lot of paperwork, but following these formalities and maintaining adequate corporate records are critical to preserving the limited liability status of your corporation–and the limited liability protection is probably one of the reasons why you decided to incorporate in the first place.

Chrissie Mould has over a decade of experience in business administration and startup business consulting. She has helped launch companies in multiple industries and has managed corporate administration and governance for public and private companies. She is an incorporation specialist with MyNewVenture.com LLC. The company provides low-cost incorporation services to entrepreneurs and small businesses.

The coronavirus or COVID-19 pandemic has adversely affected the lives of many in ways we’ve never expected. Here are some articles to help your small business survive these trying times, and the possible recession that may follow, … END_OF_DOCUMENT_TOKEN_TO_BE_REPLACED

Have you ever dreamed of starting your own small or home business, but don't know what business to start? There are many types of businesses that you can do from your own … END_OF_DOCUMENT_TOKEN_TO_BE_REPLACED