You are here: Home / Marketing / Advertising Strategies / Radio Advertising: Get Sales through Immediate Response
Share via

In America, 290 million people own more than 300 million radios! Only radio can take your advertising message to people while they ride bicycles, walk in the park, ride in cars or climb mountains. Radio brings a sense of urgency to its listeners that is second to none. 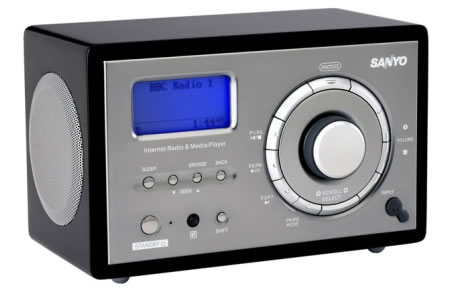 Contrary to the predictions of doom during the advent of television, radio is alive and well today, and radio advertising is a major part of the plan for advertisers of every size and description.

In its pre-television days, radio was the national advertisers’ most economical way to communicate with millions at a time. Syndicated programs of music, drama and news were a common part of the American life-style. With the advent of television, radio moved to the automobile and the beach.

Along came the transistor and radio moved to the shirt pocket. Today radio is every where. Millions awake to the sound of clock radios, and for many the radio is the last sound they hear before going to sleep. How can a small business use this sound-only medium for effective advertising? Only by understanding it and capitalizing on its strengths.

Today’s radio station is judged on its effectiveness not only by the number of its listeners, but also who those listeners are. Many of today’s stations have positioned themselves to reach a selective audience instead of a total market.

In one marketplace, one station may play only country-western music, another rock music, a third only religious music, while others feature 24-hour news broadcasts or talk shows.

As an advertiser, format programming allows you to buy advertising on stations whose listener characteristics most closely coincide with the profile of your firm’s customers. Buying time on a given station also can help you reach audience segments that you may want to target to help expand your firm’s total market segment thus enhancing your direct response method of marketing.

Radio advertising is sold on the basis of time. That time can vary from an entire program, which includes your commercial announcements, top spot announcements ranging from 10 to 60 seconds.

Price ranges are higher during drive time (the hours in the morning and evening when the maximum number of people are in their cars going to or from work, school or other daytime activities) and lower during the time when more people are watching television.

Most stations offer package rate plans with a specified number of commercials guaranteed within a particular time slot. Also, consider buying flights of commercials, i.e., an intense saturation of 30-second or 1-minute spots in a relatively short period of two or three weeks. Repeat this flight technique during key promotional times of the year.

The sounds you can employ on radio include not only the monologue of a man’s or woman’s voice, but dialogue and dramatic conversations, vocal and instrumental music, and sound effects of every imaginable nature, used individually or in combinations.

The size of radio’s audience, like the circulation of newspapers, is audited by independent organizations and available to advertisers through station sales representatives. Arbitron, one of the auditing firms, conducts its survey by having a sample number of households keeping a written diary of the radio listening habits of each occupant during a pre-determined period (usually one week).

Arbitron then summarizes the various stations’ listeners by time of day in 15-minute segments by sex and age of listener. An advertiser can use the Arbitron data to select the station or stations that best cover the desired target audience.

Radio advertising frequency is as high as you can afford. Many stations now broadcast 24 hours a day, seven days a week. The number of commercial minutes any station can air in each segment of programming is limited by the Federal Communications Commission (FCC), but there is still the opportunity to have a message repeated frequently in any given period. It is also possible to have the radio station come to your business for a remote broadcast with customer interviews, prize giveaways and other crowd-drawing techniques.

Article was written by Abe Cherian. If you wish to find home business leads or learn how to generate leads for your business then visit Real Business Leads – http://www.realbusinessleads.com

The coronavirus or COVID-19 pandemic has adversely affected the lives of many in ways we’ve never expected. Here are some articles to help your small business survive these trying times, and the possible recession that may follow, … END_OF_DOCUMENT_TOKEN_TO_BE_REPLACED

Have you ever dreamed of starting your own small or home business, but don't know what business to start? There are many types of businesses that you can do from your own … END_OF_DOCUMENT_TOKEN_TO_BE_REPLACED