You are here: Home / Leadership / How to be a Leader / Susan Ascher: Success Through Foresight and Innovation
Share via 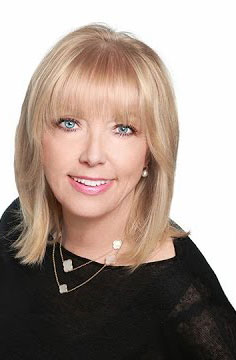 One of the most enduring qualities of Susan Ascher, founder, President & CEO of the Ascher Group (http://www.susanascher.com/), is her innate ability to reinvent herself and her company. It is not so much a talent as it is an ingrained aspect of her personality. Her father, an immigrant, ran a weekend lawn mower repair business from their home while he worked tirelessly up the ranks of a large industrial manufacturing company until he achieved the position of divisional presidency. He has been a strong influence in her life, and his tenacity at pursuing The American Dream has left an indelible mark on Susan. She toned down some of his toughness with her own style – her strong sense of humor.

The Ascher Group was founded in 1981, as retained executive search firm specializing in finance and accounting. The original service was the identification and placement of executives in middle and senior management level corporate positions. By the mid-180s, Susan Ascher, had added a temporary office support division to accommodate the growing need of The Ascher Group’s clients.

The year 1990 brought major changes that set The Ascher Group on the path to re-engineer its business. These were the bleak days of the recession when every phone call brought news of continual downsizing. For a staffing firm who relied on its Fortune clients to fill middle to senior level positions, this time is devastating. Susan Ascher, a gourmet cook, seriously considered starting her own catering business. Yet, a nagging thought kept tearing at her. These downsized professionals were far too resourceful to remain unemployed forever. Sooner or later, they would find work, and Susan Ascher wanted to be there when they did.

She knew that if her company were going to survive she would need to re-focus her business, her employees, her clients and her candidates. She looked at her executive search division and at her temporary division – why couldn’t they combine to produce “The Temporary Executive.” Instinctively, Susan Ascher knew these companies had a severe case of corporate anorexia, and had downsized beyond the bone of their corporate infrastructure. She knew that eventually these companies would need to hire professional talent. Thus the prototype for placing interim professionals was born. The idea was revolutionary, and a difficult sell to both candidates and client companies.

This was the birth of interim executive staffing, long before the larger employment firms thought of ever placing temporary professionals. To promote this exciting staffing option, Susan Ascher, along with her key management team, developed a unique consultative sales strategy. The success of this plan hinged on Susan Ascher’s ability to partner with established clients as well as build new relationships with prospective clients and candidates. The goal was to educate them about this new sea change in the employment marketplace: no more careers for life on the corporation’s side and no company loyalty on the employee side. To bridge this enormous gap, The Ascher Group held informational meetings with hiring managers, created a new corporate image and began assisting companies to justify and actually implement the concept of interim executive staffing. The timing was right – there was more guarantee of permanent employment.

It seems that Susan Ascher had painstakingly pioneered the perfect solution: placing downsized professional back into corporate positions but on a temporary or project basis. Over the last decade this concept has gone from the dream of a Roseland, NJ based staffing firm into a widely accepted career option.

At The Ascher Group, interim executive placement was responsible for a skyrocket in company revenues. In 1997, this company was placed on the Inc 500 – the annual list of the nation’s fastest growing private companies. In June of 1999, Susan Ascher was named a Finalist in Ernst & Young Entrepreneur of the Year contest.

Today, for the first time in almost seven years, the competition is close behind. Part of the risk of pioneering a new product or service is the understanding that eventually it will be copied. Yet, the particular way The Ascher Group does business, under Susan Ascher’s aegis, is unmatched, and the performance of the company speaks for itself in client longevity, customer satisfaction and, ultimately, in revenues.

Whether or not The Ascher Group was going through a rocky time or a successful one, Susan Ascher was and still remains dedicated to giving back to the community. A generous supporter of various charities and organizations, her contributions is best highlighted by her role as Board Member for the Metropolitan YMCA of the Oranges. Here she is Co-Chair of the YMCA’s Annual Golf Tournament, which directly aids needy children. It is with this committee that Susan Ascher has made the largest investment of her time, her company resources and her money.

Dan McCain, President & CEO of the Metropolitan YMCA of the Oranges, the largest YMCA in the state of New Jersey, speaks candidly: “Susan Ascher was elected to the Board of Directors of the Metro YMCAs of the Oranges in 1994. She was instrumental in formulating the kids Care Club Golf Tournament which has contributed approximately $150,000 over the past five years to families and individuals who otherwise would not be able to participate in YMCA programs. The Metro Y gave in excess of $360,000 in financial assistance in 1998 and the ’98 Golf Tournament raised more than 10% of the total need. Susan Ascher has been a driving force to The Kids Care Club and an asset to the Board of Directors. The monies she helped raise go directly to provide preschool, after school and cap experiences for children in need of financial assistance. We never would have been so successful without her.”

Susan Ascher’s involvement with The Metro Y began in a roundabout way. In the 1980’s, she was a Chair on the personnel committee of the Greater Newark Chamber of Commerce. It was there she met Paul Gomperz who also volunteered his time. In addition, he was very involved with The Metro YMCA. Years passed, both left The Chamber and lost touch. Paul continued to rise in The YMCA hierarchy and today is on The Board of Directors. In the early 1990s, he was looking for someone to lead a new endeavor: a golf tournament fundraiser to benefit needy children. Immediately, he thought of Susan Ascher, and as she states, “She was a creative and outspoken Chair for the Chamber. I enjoyed working with her. She showed great leadership, and would be a great candidate for the YMCA.”

This struck a deep chord within Susan Ascher, who had always been involved with charitable organizations. She jumped in with both feet, drawing on clients, employees, professional acquaintances and friends to pitch in to either play in the tournament or make a donation of their time and/or money. She persistently recruited businesses in the area to provide services or products or raffles for giveaways.

Susan stands behind her convictions: she believes in integrity in the workplace and dedication to the community. Like her father, she will do whatever is necessary to get the job done, and is not afraid to change direction and then refocus. Her imagination is seen in whatever she has a hand in, and she is fearless when it comes to reinventing both herself and her company. She is both a visionary and a teacher, and those fortunate enough to learn from her performance, either in the corporate arena or in the community, are left enriched.

Article Name
Susan Ascher: Success Through Foresight and Innovation
Description
Read about Susan Ascher and how she has attained success in the executive staffing business. Susan was awarded the Small Business Person of the Year Award in New Jersey in 2000
Author
Amy Delman