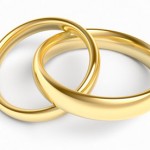 The issue of same-sex marriage is filling every headlines, as states debate the question of the legalization of marriage between gay couples. Massachusetts became the first state to legalize gay marriage in November 2003. To date, 14 states (plus the District of Columbia) have legalized gay marriage, while six other states have allowed civil unions. Given recent … END_OF_DOCUMENT_TOKEN_TO_BE_REPLACED

The coronavirus or COVID-19 pandemic has adversely affected the lives of many in ways we’ve never expected. Here are some articles to help your small business survive these trying times, and the possible recession that may follow, … END_OF_DOCUMENT_TOKEN_TO_BE_REPLACED

Have you ever dreamed of starting your own small or home business, but don't know what business to start? There are many types of businesses that you can do from your own … END_OF_DOCUMENT_TOKEN_TO_BE_REPLACED