You are here: Home / Financing / Personal Finance / A Home-Based Working Mom’s Tale of Recovering from Bad Credit
Share via 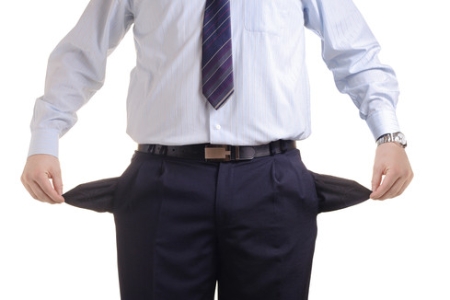 I have seen the advertisements and cringe – “Let us fix your damaged credit”, “Don’t file bankruptcy, let us help”. I am sure you have not only seen them but if you have been in financial trouble you have probably thought about calling a credit counseling service for assistance.

You might as well wreck your car and collect the proceeds to repair your own credit while recuperating.

My husband’s financial situation was bleak, to say the least, when we met. He had previously been married and followed the letter of the law as laid out in his divorce decree. Unfortunately, his legal representation failed to explain that in order for his name to be removed from an automobile loan his ex-wife was awarded, that she needed to either refinance the car or she had to file a “Release of Lien” and obtain approval from it with their lender. She did neither and she failed to pay for the car. Yup, it was repossessed and he was held responsible for the loan since they could not locate her.

The same thing happened with their income taxes. She was supposed to pay her portion and five years after the divorce they located him and not only delivered a bill to him but audited him (this was prior to the newer and nicer IRS).

He was in college, getting his Ph.D. and his income was very limited. He was able to pay his truck loan and his living expenses but there was little left over for anything else.

>> RELATED: Bad Credit Preventing You From Starting a Home Business?

I had just graduated from college with my high and mighty B.S. in Consumer Economics and thought I had the answer for him. I had taken a class whereby various executives from our community came in and explained their jobs and what the career possibilities were for our new educated lives. One of the ladies who spoke was from the local non-profit credit counseling agency and I had retained all of the literature she had shared with us.

My husband really wanted the situation remedied and was willing to do what was necessary to fix what was broken – instead of walking away from it through bankruptcy. He made an appointment and after we spent a whole week filling out the paperwork, they agreed to work with him to get him on the right track.

They made agreements with credit card agencies to stop the accruing interest as long as he paid the principal balance and we sent them a check every month to cover all loans and credit card payments. They disbursed the money and sent us a receipt so that we knew how much was paid to whom and the remaining balance.

Our goal was to get everything cleared up within seven years. Fortunately we were smart enough to know that if we had extra funds, we sent extra money and asked them to forward it to whichever account we thought was best. We were able to pay everything off in four years – quite an accomplishment!

Then the bomb hit. We were sent a final copy of all payoffs along with a whole packet of information from the businesses in the town that we lived in showing us who would lend money to one of their ‘graduates’. What? We thought we were taking care of everything so that we would not have trouble in the future with credit.

The information from the credit counseling service was dutifully reported to the credit reporting agencies and reality hit. If we had filed for bankruptcy, his credit report would have been wiped clean after seven years. There are also a number of places that are more than happy to loan people money after they file for bankruptcy because they are devoid of bills. As it was, we spent four years being socially conscious citizens and paying back debts and another seven years waiting for everything to disappear from his credit report.

I do not recommend wrecking the car and having the insurance company finance the bad choices you made in your financial life and I do not recommend filing bankruptcy, for the same reasons. What I do recommend is if you have financial trouble, you get ALL information available to help you make an informed decision. This includes not only how to stop the harassing bill collectors from calling you but also where you will stand when you have paid your debts and have to live with the results.

Tammy Harrison is a successful home-based working mom for over five years. She holds a degree from Mizzou in Consumer Economics. Her business focuses on Marketing and Creativity for Small Businesses as well as numerous other small businesses.

Article Name
A Home-Based Mom's Tale of Recovering from Bad Credit
Description
If you have financial trouble, you get ALL information available to help you make an informed decision. Read this story of a home-based working mom's experience when trying to recover from bad credit and debt.
Author
Tammy Harrison
PowerHomeBiz.com

The coronavirus or COVID-19 pandemic has adversely affected the lives of many in ways we’ve never expected. Here are some articles to help your small business survive these trying times, and the possible recession that may follow, … END_OF_DOCUMENT_TOKEN_TO_BE_REPLACED

Have you ever dreamed of starting your own small or home business, but don't know what business to start? There are many types of businesses that you can do from your own … END_OF_DOCUMENT_TOKEN_TO_BE_REPLACED