You are here: Home / Marketing / Are You Tapping the Right Target Market for Your Business?

Are you going after the right target market? Have you ever considered that there might be a better and more profitable market out there for your business?

I recently had an interesting discussion with Tony, an entrepreneur who owns a gourmet popcorn shop in Virginia called Popcorn Monkey http://www.popcornmonkeyllc.com/. When he started his business, his goal was to go after the consumer market. He thought that the best market to pursue for his gourmet popcorn business are consumers.

Tony leased a store, where he makes and sells his popcorn. He also created a website, and created social media accounts to bring awareness to his business. He advertised in Google Adwords to drive traffic to his site. He even tried Groupon, which he did not find to make fiscal sense for his business. As he said,

“I did a buy-one-take-one promo with Groupon, and Groupon took 50% of what the customer paid. I run the numbers, and Groupon just did not make sense for my business. I did not do it again.”

For six months, he worked hard to get customers to his store and buy his popcorn. But business remained slow. 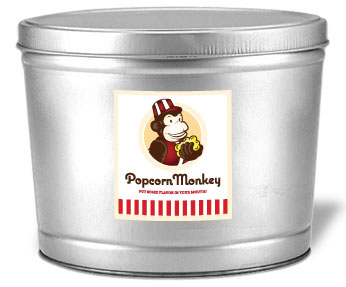 The turnaround for his business started when he agreed to donate his popcorn to a church auction. While the giveaways were free, the auction generated considerable buzz for his business. Through word-of-mouth, more customers came to his store. One of the customers who had a taste of his popcorn from the auction owned a business, and approached him about his interest in setting up a popcorn bar in his office. The man thought that his employees would love the popcorn, as much as he did.

Tony never thought about tapping the corporate market before, focused as he was on reaching the consumer market, but this was too good of an opportunity to miss. He set up a popcorn bar in that man’s office building, and that started the refocusing of his gourmet popcorn business towards the corporate market.

Since then, Tony has found a lucrative market among businesses. While he still sells to consumers, his marketing is now geared towards getting corporate accounts. His goal is to find accounts that will allow him to set up popcorn bars in cafeterias of corporate offices, as well as provides popcorns for corporate events. One big break he got was a deal with the Washington Redskins football team where he sets up a popcorn cart when the team has a game in town.

He recently rented a temporary kiosk in the newly-opened subway line in the bustling Tyson’s Corner in Northern Virginia. While the heavy foot traffic was a boon for the business, his main goal was to build connections and draw awareness from the many corporations and businesses in the area to his gourmet popcorn. That 2-month expense got him about 5 corporate accounts, which he now supplies popcorn on a regular basis.

Tony has also branched out to events such as weddings and graduation parties, where his popcorns serve as tasty wedding snacks or distributed as thank-you gift bags. This approach allowed him to reach even more customers, who then come back to his shop to buy his popcorn after getting a taste of them from an event that they attended.

Tony’s experience highlights the importance of being open to possible new opportunities for your business. Sometimes, the assumptions you initially make for your business may not give you the traction you need, if not prove that they are downright wrong. You need to keep your eyes open to these new markets or new potentials, and be willing to admit mistakes.

More importantly, you need to be flexible to reorient the business to pursue these opportunities. One of the benefits of being a small business is the speed and agility with which you can refocus the business. Being focused is good, but lose the rigidity and always be on a lookout for more exciting options out there.

Have you recently thought about whether you are indeed reaching the right target market for your business?