You are here: Home / Online Business / What Social Media Isn’t

It’s hard to believe, but more marketing changes have occurred in the past five years than in the previous 100 years. On Christmas Eve 1906, Reginald Fessenden made the world’s first radio broadcast. Fessenden sent out a short radio program from Brant Rock, Massachusetts, that included his rendition of “O Holy Night” and ended with a reading from the Bible. And with little more than that, radio was born. Suddenly, companies such as Sears, Coca-Cola, and Ford had the capability to send their advertising messages to millions of people at once.

More than 20 years later, the first television station launched in Schenectady, New York. That station, owned by General Electric, was able to broadcast images as far away as Los Angeles. By September 1928, the station was making four broadcasts a week, although the general population wouldn’t widely adopt television until the 1950s.

Then for the next several decades, nothing happened. Sure, there were a few leaps forward (such as the advent of cable TV), but the media used to connect companies to consumers didn’t change in any quantifiable way for the entire twentieth century. 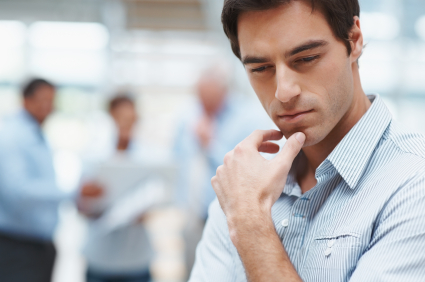 Fast-forward to today, when new media appear online monthly or even weekly. What’s driving this rapidly changing environment? Put simply, it’s the combination of broadband Internet and the wide adoption of personal computers, smart phones, and content tablets such as the Kindle and the iPad. These technological leaps forward have changed the way consumers both receive information and interact with the brands they love.

With change comes opportunity. But if you don’t know how to harness these changes, you won’t be able to take advantage of the opportunity.

Jamie Turner is Chief Content Officer for The 60 Second Marketer, an online magazine providing resources for marketers and entrepreneurs. For 20+ years, he has helped firms like AT+T, Cartoon Network, CNN, Motorola, and Coca-Cola grow sales and revenue through high-impact marketing. A frequent media guest and speaker, he was recently profiled in Advertising and Promotion, a leading marketing text. Reshma Shah, Ph.D., Asst. Professor of Marketing at Emory’s Goizueta Business School, has worked in procurement for IBM, litigation consulting for Price Waterhouse, strategic planning for Unilever, and account management for Leo Burnett.

Adapted from How to Make Money with Social Media: An Insider’s Guide on Using New and Emerging Media to Grow Your Business By Jamie Turner, Reshma Shah