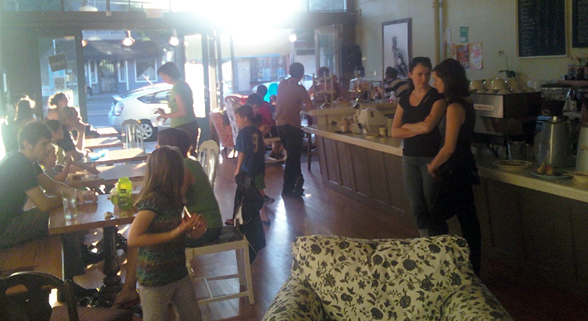 [tweetmeme]Just because the marketing campaign brought additional traffic and customers to your business doesn’t mean that it increases your profitability. Some campaigns can even hurt you! The key is to always figure out the return on your investment and analyze whether the marketing campaign makes financial sense.

This is the lesson learned by a small coffee shop owner named Josie Burke, who runs Posies Cafe http://www.posiescafe.com in Portland, Oregon. Burke posted in her blog her very candid and honest take on her experience running a 6-months GroupOn coupon campaign. Her goal in running a Groupon coupon campaign was to grow foot traffic and increase sales of her cafe, which unfortunately backfired on her.

GroupOn provides consumers in the United States the ability to purchase deeply-discounted vouchers from local businesses, where savings is at least 50 percent of the original price. The use of Groupon coupons has been steadily gaining stream in the local restaurant industry, as well as businesses that offer services such as beauty salons, massage, spas, specialty stores, carpet cleaning, car services, area attractions, and more. Their deals of the day are watched by a growing number of consumers, that several similar sites have sprung up to get hold of this market.

For consumers, GroupOn offers a great deal. For merchants, it can be a way to increase sales and awareness about their business. As Burke stated in her blog, she decided to buy into Groupon to:

… Offer a discount to the consumers utilizing Groupon’s social network, and we would get noticed by many who may never have seen us otherwise. A great marketing opportunity and way to increase future foot traffic!

In her discussions with GroupOn, Burke agreed that Posies Cafe will offer a $6 for $13 deal for customers where they pay only $6 to get $13 worth of product. The GroupOn sales rep explained that their customers really respond to deals that are over 50% discount.

In addition to the huge price drop for GroupOn customers, Burke has to pay GroupOn a percentage split. She assumed that it will only be about 5-10%, only to be surprised to learn that:

“… when the consumer pays less than $10, Groupon usually takes 100% of the money. What?! He reassured me that most customer buy more than the $13, and that we would never have to advertise again after taking advantage of their network.

The campaign was successful in increasing traffic to her cafe. However, the campaign wreaked havoc on her bottom line. As she explained:

After three months of Groupons coming through the door, I started to see the results really hurting us financially. There came a time when we literally could not make payroll because at that point in time we had lost nearly $8,000 with our Groupon campaign. We literally had to take $8,000 out of our personal savings to cover payroll and rent that month. It was sickening, especially after our sales had been rising.

So what happened? It appears from her blog post that her mistakes stemmed from several things: