You are here: Home / Growing / Managing a Business / The Importance of Reading and Understanding Contracts 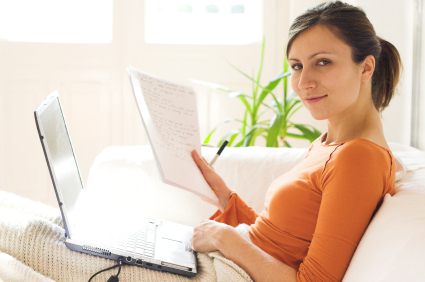 Who has time to read these often-long documents full of boring legalese?

Unfortunately, you should. Failure to understand the rules of the agreement and what you are expected to do can lead to unforeseen and sometimes unfavorable circumstances.

The Case of a Google Adsense Publisher

Take the British filmmaker named Dylan Winter. He lost a big revenue source because he did not bother to read and understand what was expected of him.

Winter creates films that he posts on Youtube and his own websites. Since his Youtube videos get massive amounts of views (this one on trucks got more than 13 million views!), he’s been invited to the Youtube Partners Program that allowed him to earn money from his videos through Google Adsense.

In addition to Youtube, he created his own website where he posts videos on sailing, a hobby that he has recently taken up extensively. He used Adsense on the site as well to monetize it.

The earnings from both his Youtube videos as well as his own website coming from Google Adsense were substantial. His trucking videos on Youtube alone have earned for him $18,000.

Alas, the income he earned from Adsense was cut short when Google kicked him out of the program. He was terminated for generating invalid clicks, a big no-no for any Adsense publisher. Apparently, some of his loyal visitors clicked on the Adsense ads repeatedly in an effort to help him continue his websites and allow him to create more videos. In the eyes of Google, this represents click fraud and in order to protect the Adwords advertisers, he was let go from the program.

Whether Google is in the right or wrong for kicking him out is not the issue. Rather, his admission that he did not know the rules of Adsense – his main bread and butter on the Web – proved to be his undoing. He admitted in this blog post

The biggest mistake he made was to get into an agreement where he doesn’t understand the rules that he must abide. “Do not click on your ads” is the number one rule of Adsense, and they are very strict in their rule regarding encouraging visitors to click . For a publisher like him not to know this — and proceeds to do it (however innocently) — can result in the termination from the program.

Understand Your Contracts and Agreements

Winter’s case reiterates the importance of taking the time to read all the contracts as well as terms and conditions of any agreements that you get into. This is especially true if money is involved, or financial repercussions may result from failure to comply with the rules.

If the stakes are high, hire a lawyer to help you explain what is expected of you, what you need to deliver, and how to ensure that you are in compliance of the agreement. The $500 or so you will spend with the lawyer can save you massive headaches down the road especially when lawsuits are involved.

Take the time to read the documents provided by the partner to help you understand what you are getting into. In the case of Google Adsense, they have an extensive question-and-answer of their program policies. They also have a very active forum where other Adsense publishers and Google employees participate that can be used to ask questions about the rules.

Make it a habit to understand all the contracts that you will enter for your business. Ignorance of the conditions of the agreement is not an excuse in any business.