You are here: Home / Starting a Business / Entrepreneurial Success / What I Know Now About Success: Letters from Extraordinary Women 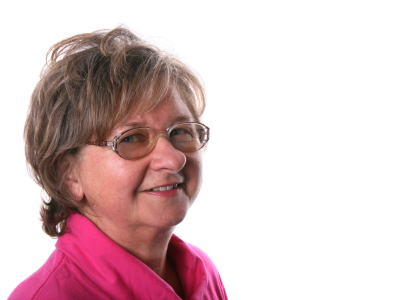 This is the central message of the book “What I Know Now About Success: Letters from Extraordinary Women to Their Younger Selves.”

Edited by Ellyn Spragins, the book is a compilation of stories of top business executives, celebrities and highly successful entrepreneurs and the letters they write to their younger selves. The 41 women featured in the book have all achieved extraordinary success in their chosen fields.

The letters are written to the women they once were at the time when they are at their most vulnerable and going through a really bad time in their personal and business lives. They are deeply personal, cathartic even, and filled with advice and insights they wish they had when they were younger.

Before Paula Deen became a successful cookbook author, she suffered from agoraphobia. She may look perky, gregarious and totally in control in her Food Network shows now, but for nearly 20 years she was depressed and could barely leave her house. The letter she wrote was for her 32-year old self, when she was watching “The Phil Donahue Show” whose episode provided a name for her illness. She advises her younger self:

“You are capable. You are a survivor. You’d never know it from the way you’ve been living, but you are a fighter.”

Successful people do not let physical disabilities cripple them. Instead they dig deeper into themselves and celebrate what they have and their strengths.

Barbara Corcoran, who built one of the most successful real estate companies The Corcoran Group, had dyslexia as a child. As a result, she went through Grades 1 and 2 without learning how to read. In third grade, however, her classmates teased her mercilessly, and even her teacher told her that, “You’ll always be stupid forever.” In the book, she writes to her third grade self:

Don’t be afraid. Stand up and shout out loud and clear enough for everyone to hear: “No, I am NOT stupid.” .. They don’t realize they are hearing, for the first time, a different kind of beautiful mind. You know things that smart kids don’t.

Some sections of the book contain business tips and advice, such as those of Yue-Sai Kan and Liz Lange. Most of the stories are about the turning point in the lives of these successful women, or a time that made the most impact and helped them to become the success that they are today. Their letters contain rare glimpses into the personal lives of extraordinary women and powerful wisdom that readers will treasure.

Wisdom Shared by the Successful Women

Here are some nuggets of wisdom shared by these highly accomplished and successful women: