You are here: Home / Online Business / The New Breed of Mobile Food Trucks and Social Media 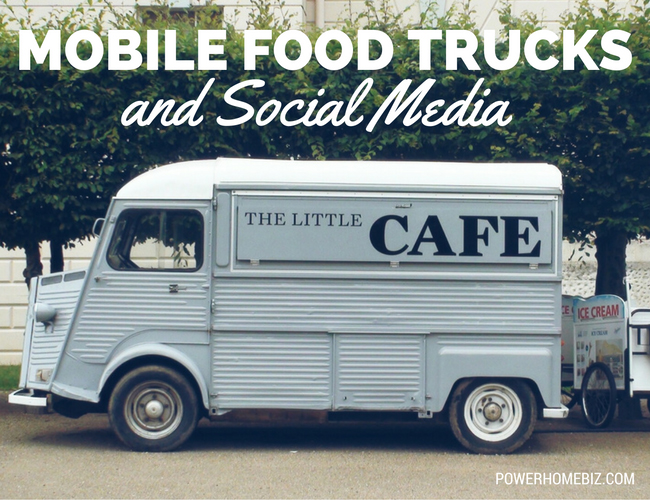 My elementary teacher once asked, “Why do the animals go to the river?” My classmates and I answered, “To drink! To bathe! To wallow in the mud!” But our teacher jokingly replied, “It is because the river cannot go to the animals.”

The mobile food industry strives to bring the river to the animals, so to speak, by bringing their food products straight to the customers. Folks looking for a quick lunch or dessert need not go far to find food; they just have to find the mobile trucks.

Take Umami Burger, a fast food joint in Los Angeles, California. They recently added a mobile division to bring their famous burgers to a bigger target area than what their four restaurants can cover. With a mobile food truck, they are able to bring their famous Japanese hamburger to the people on the beach, for example. While beach lovers and other customers love the hamburgers, these people may settle for other food items if they cannot find their favorite Umami Burger nearby. To fill their needs, why not bring the Umami Burgers to them instead?

The Renaissance of the Mobile Food Vending Business

In the last few years, the mobile food industry has increased its momentum, especially in big urban areas such as New York City, Seattle, San Francisco, Los Angeles and Washington D.C. In New York City, they even honor the best mobile food vendor in their awards called the Vendy Awards!

The growth of this business has been spurred in part by a much-needed makeover. The new breed of mobile food trucks is foregoing the dilapidated white vehicles of the food trucks of yore. Instead, the new food trucks sport vibrant colors and branding imagery.

The new entrants to the mobile food business are also offering an increasingly diverse cuisine such as grass-fed beef hamburgers, enchiladas, escargots and desserts such as banana pudding, Crème Brule, and gourmet cupcakes. There are even food trucks serving organic meals, and dishes from various cuisines such as Indian, Korean, French, Japanese, Vietnamese and others.

However, what sets this new breed of food trucks apart is how tech savvy they are, and their use of social media, in particular, Facebook and Twitter.

Given that these food trucks face regulatory restrictions on where they can sell their food products and even how long they can park, what they do is to go around the city and announce their locations on Twitter and Facebook. And people are actually responding and jumping on the bandwagon!

We recently featured on WomenHomeBusiness.com a Washington D.C. food truck selling gourmet cupcakes called Curbside Cupcakes. Operated by a tireless young couple, they publish a calendar of their general location for the month on their website. But for the specific location – e.g. the streets or parking lot they are in – you have to follow them on Twitter and Facebook. As of this writing, they have 7,192 fans on Facebook and 3,644 followers on Twitter.

Their Facebook fans are very engaged – the dream of every marketer. The “where are you” and “are you coming to my area” posts are interspersed together with the “love your cupcake” comments. Fans share about the cupcakes they purchased, the flavors they liked, the cupcakes they’ve indulged in that day, such as :

Couldn’t decide between “Brown” Velvet and Key Lime so I got both! And yes, the calories were absolutely worth it! Yum!

In Los Angeles, California, the twittering food truck trend is huge that Laist.com has listed about 100 food trucks that Twitter. KogiBBQ – considered the “granddaddy of Twittering food trucks in LA – has 62,306 followers on Twitter. They post the time they are expected to arrive in their announced locations, with an urgent call to action thrown in between:

Verde in Chatsworth is chilling! Will be closing @12! Hurry!!!~

Take the example of Fojol Brothers, another food truck in Washington DC. While it appears that what they are offering is simply normal Indian fare, Fojol Brothers want their customers to experience a “traveling culinary carnival” vibe. Hence, their truck blasts circus music, and they yell and wave to pedestrians as they drive by. They even concocted the land of Merlindia, where their food supposedly comes from to give it a magical ambiance.

Street Sweets is mobile food truck in New York City that invested in a distinctive look to its truck. They offer “European-inspired create-your-own croissants—filled with a choice of luscious pastry creams such as mocha, praline, vanilla and chocolate, all natural preserves, honey, and nut butters.”

Even Taco Bell now has joined the fray. It has and started its own mobile truck operation and joined in the Twittering mobile truck bandwagon. However, unlike most of the local mobile food trucks, Taco Bell’s changes its location from city to city. Their Twitter page, with 8,175 followers, just announced that they are in the Cambridge, Massachusetts’s area. Their next stop will be in Dallas, Texas.

Of course, this raises the question — with Taco Bell joining the fray, can we soon see a McDonald’s mobile food truck soon?

Nach Maravilla is the Publisher of PowerHomebiz.com. He has over thirty years experience in sales and marketing of various products, which covered as he jokingly describes, "from toothpicks to airplanes" He also had extensive experience in International trading and he always excelled in special promotional ideas for retail outlets.